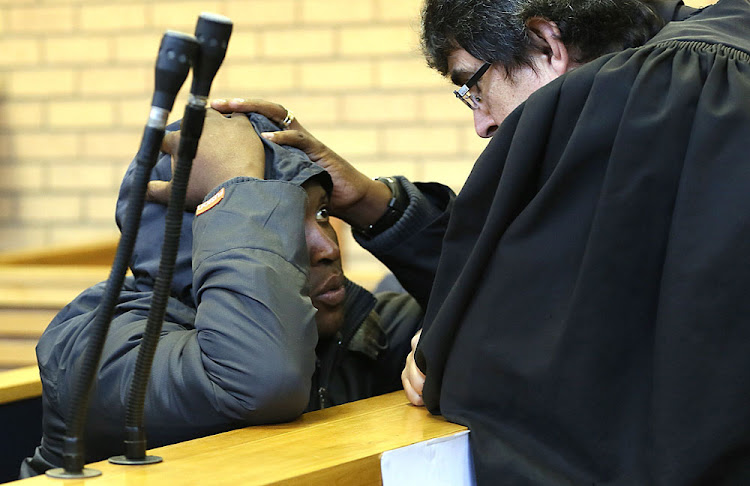 The Independent Police Investigative Directorate (IPID) has revealed that Captain Morris Tshabalala – known as Captain KGB - was allocated a budget of R50-million for his intelligence gathering rendezvous at ANC’s 2012 national elective conference in Mangaung‚ Free State.

He had been appointed to head the operation‚ code-named Rapid Deployment Intelligence (RDI)‚ at the conference where Jacob Zuma was re-elected the party’s president.

In an affidavit submitted and read on record as part of the state’s opposition to Tshabalala’s bail in the Specialised Commercial Crimes Court in Pretoria on Friday‚ the police watchdog’s head of investigations‚ Mathews Sesoko‚ stated that this budget was not properly accounted for.

“As a result the IPID and the office of the Inspector-General of Intelligence [OIGI] will be conducting an investigation in this regard‚” Sesoko said.

Tshabalala‚ who has evaded justice for 15 years while working as a crime intelligence operative based at Erasmuskloof in Tshwane‚ was arrested on Tuesday for allegedly stealing R563 000 from the South African Police Service’s (SAPS) secret slush fund meant for operational purposes.

Tshabalala‚ who is said to enjoy the protection of top brass in the SAPS and top politicians‚ is facing two charges of theft‚ two of fraud and one of corruption for allegedly using fraudulent invoices to claim money for installing blinds in safe houses in two plush Pretoria suburbs‚ Waterkloof Heights and Brooklyn.

For 15 years‚ while still serving as a crime intelligence operative‚ Tshabalala was on the run from a 10-year sentence for armed robbery committed in Mamelodi 1994. He was convicted for the crime in 1996 but he appealed the conviction and sentence but failed to hand himself to prison authorities when his appeal was dismissed.

Tshabalala is on parole after being released in 2015 from the Groenpunt Maximum Security Prison‚ where he was serving a 10-year sentence for armed robbery.

He confirmed in his affidavit read in court by his lawyer‚ Mpesi Makhanya‚ as part of his bail application that he was employed by the Crime Intelligence. Yet SAPS said he was not on their payroll.

Tshabalala‚ who lives with his wife and three children in the Pretoria north suburb of Orchards‚ said in his affidavit he was “a career police officer” and told the court that he could lose his job if he was not granted bail of R2 000. He said he was currently involved in an intelligence operation. The IPID has opposed bail‚ saying Tshabalala was considered dangerous‚ that he brags about his police and political connections and that there will be no consequence for his actions.