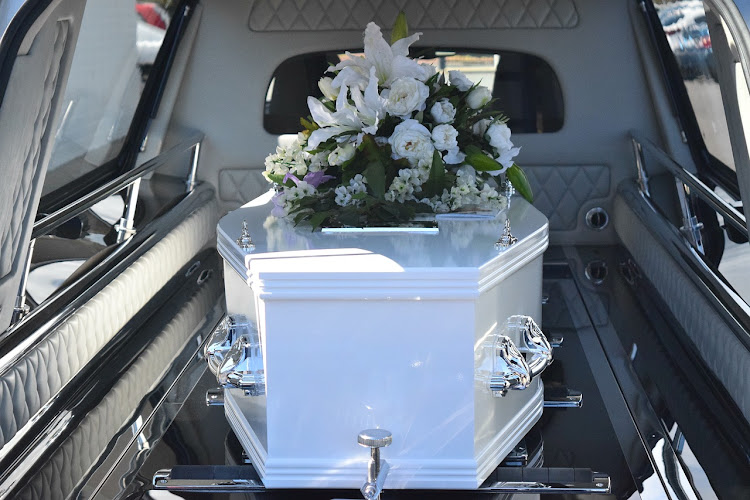 Woman has given birth inside a coffin (Stock image).
Image: PIXABAY

A rural community in the Eastern Cape is stunned and baffled after a dead woman gave birth inside a coffin.

This was discovered by funeral parlour staff 10 days after her death‚ on the eve of her funeral.

Staff at the parlour in Mbizana‚ were left traumatised by the incident.

Lindokuhle Funeral parlour owner Fundile Makalana said: "We were so shocked and frightened that we did not even have time to look at the sex of the baby. I have been in the business for more than 20 years and I have never heard of a dead woman giving birth."

Both the stillborn infant and the mother were buried in one big coffin on Saturday.

The deceased woman's mother‚ Mandzala Mdoyi‚ 76‚ said her daughter died suddenly after becoming short of breath at her home. She was nine months pregnant at the time.

"First‚ I was was devastated by the untimely death of my daughter and now I got the shock of my life to learn that she has given birth while she had been dead for 10 days. What is that? God please come and intervene‚" said the grieving mother.

Family spokesman Mbikelwa Mpithi said they would consult both medical experts and sangomas to found out more about the birth after death.

"We cannot sit down and fold hands as if it is business as normal. We want to know more about this‚" said Mpithi.

The Daily Dispatch newspaper spoke to a number of medical specialists who said a foetus could be expelled from a mother's body as a result of the contraction and relaxation of muscles during death and later as bacteria began to cause changes in the body.