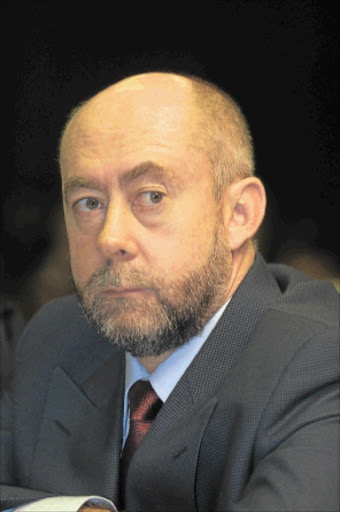 An application by controversial apartheid-era doctor Wouter Basson to have two Health Professions Council of South Africa (HPCSA) members recused from the committee deciding his sentence for unethical conduct has succeeded on appeal.

He was found guilty of unethical conduct by a HPCSA tribunal in December 2013.

Basson was found to have committed acts which included the production of deadly drugs and other substances to be used against “enemies” of the apartheid state‚ providing substances to tranquilise victims of cross-border kidnapping‚ and providing cyanide-filled suicide capsules for members of special units.

Basson claimed Hugo and Mhlanga were not objective in his case.

The pair were members of the South African Medical Association‚ and Basson and his lawyers claimed they were biased because the association had publicly expressed dismay at his conduct during apartheid.

The application for recusal was refused by the committee.

Basson went to the Gauteng North High Court in Pretoria to challenge this but in 2016‚ his appeal for the professors’ recusal was dismissed. The court ruled Basson had to exhaust the HPCSA’s internal appeals procedures to challenge its decisions.

On Wednesday‚ Judge Jeremiah Shongwe‚ who is the Acting President of the Supreme Court of Appeal‚ found in favour of Basson.

His ruling said Basson had contended that a penalty imposed by a committee remains effective until the appeal is finalised.

This situation‚ Basson argued‚ is prejudicial to him‚ in that such penalty would cause irreparable harm to his practice.

He further argued that the sanction would be imposed by the same people he wanted to have recused.

“In the present case the complaint is actual or a reasonable apprehension of bias‚ raised directly and promptly at first instance‚ i.e. before the Committee. The rule against bias is entrenched in the Constitution‚ which places a high premium on the substantive enjoyment of rights‚” the SCA said.

The committee argued that if the two members of the committee should recuse themselves‚ the proceedings before it would be null and void; and any appeal to an appeal committee would suffer the same fate. The pursuit of an internal remedy would therefore be futile.

“These factors‚ in my view‚ constitute exceptional circumstances which render judicial intervention in the interests of justice‚ and which exempt the appellant from the obligation to exhaust the remedy.”

The SCA ordered that the appeal is upheld and the order of the court a quo is set aside. The HSPCA was ordered to pay the costs.

The case is remitted to the Gauteng Division of the High Court‚ Pretoria‚ to decide the review application.