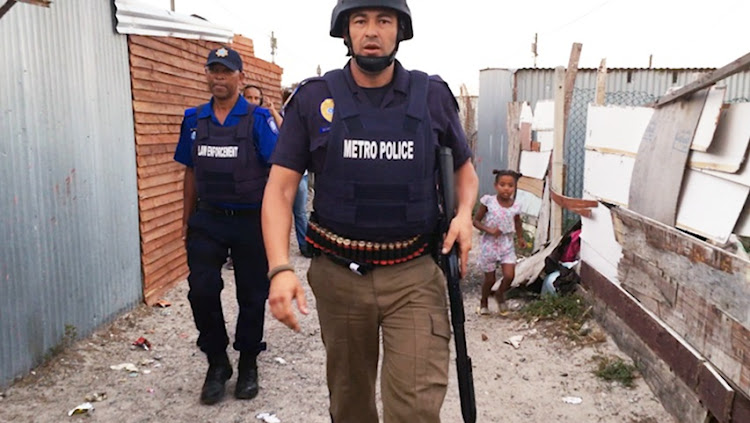 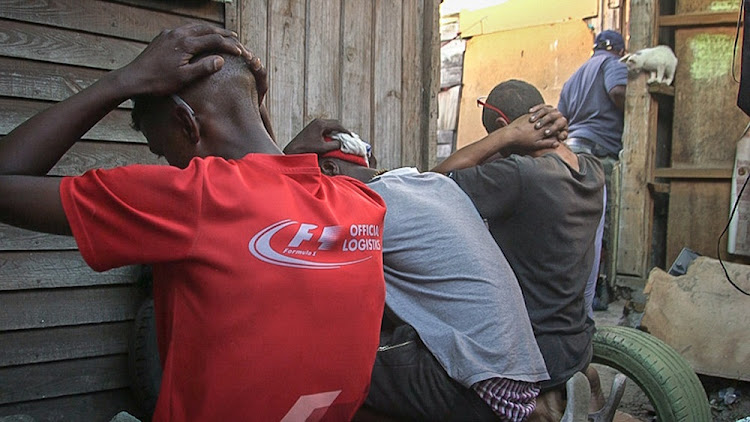 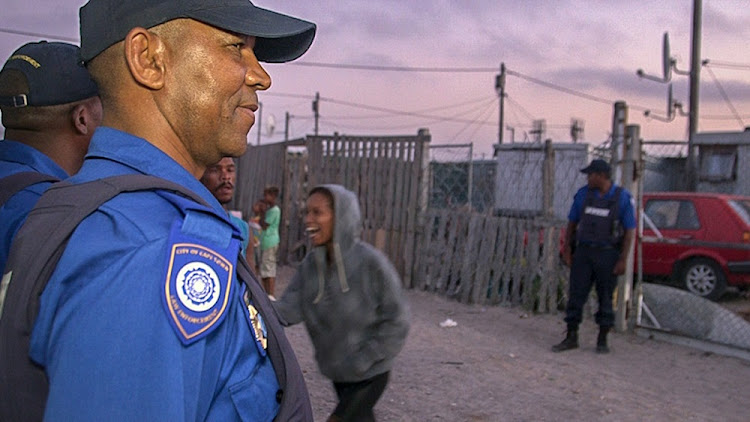 An orange sunset glow bounces off a shotgun carried by a law enforcement officer as he cautiously navigates the narrow streets of Blikkiesdorp in Delft looking for drugs‚ criminals and illegal weapons.

Delft features in the top 10 worst crime areas in Cape Town. This officer is here‚ with 120 others‚ as a part of the City of Cape Town’s new effort to stop crime and stabilise crime-ridden areas.

The new neighbourhood safety teams are costing R25-million a year to operate in Delft alone.

A total of 120 officers from departments including traffic‚ law enforcement school resource and metro police patrol the area daily.

Since beginning the operation on December 11‚ four of the six traffic officers have been injured on duty and required hospital treatment. The fight is real on these streets as criminals push back against the crackdown.

Community members say they are pleased with the increase in policing and targeted raids but are still too afraid to speak to officials about criminal elements in their neighbourhoods.

“You must be scared to talk because they will petrol-bomb your house or they will make you a target and then they make you pay them protection money‚” said a young woman carrying her baby.

JP Smith‚ the City of Cape Town mayoral committee member for safety and security‚ believes the neighbourhood safety teams will combat crime in the area‚ where 183 murders were recorded in 2017.

“The goal is to systematically make the area safer‚ reduce petty crime and establish relationships with residents‚” said Smith as a patrol group moved from house to house behind him.

“It’s a package of interventions we hope will help lift Delft out of the 10 worst crime statistics suburbs because it can’t be the same communities year after year who get burdened by this type of crime.”

Early results have been promising. Thirty arrests have been made in connection with illegal firearms‚ ammunition and drugs‚ and hundreds of drug stashes have been confiscated.

If the neighbourhood safety teams prove successful in stabilising the area‚ the remaining top 10 crime precincts will be next.

But this type of law enforcement is not designed to stay in place indefinitely. Smith says that after approximately two years of patrolling‚ the teams will morph to adopt more of a governing role.

One resident said: “They must stay 24/7. We are too afraid to even go to work. The other day a pastor was robbed outside his church. They just stole his wallet and phone after his service. These people will do anything for money.”

120 officers are patrolling Delft in Cape Town every day. This show of force is a collaboration between the metro police, traffic and stabilisation units and has been employed by the City of Cape ...