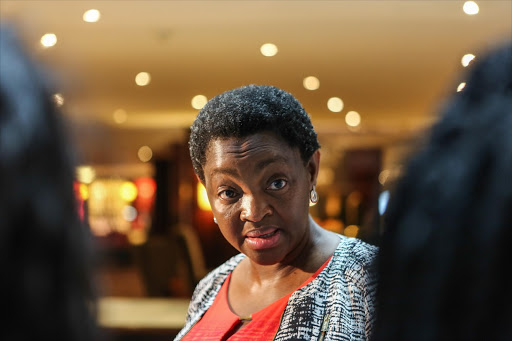 The South African Human Rights Commission has dismissed a complaint against social development minister Bathabile Dlamini‚ which had called for her to be investigated for possible rights violations for her role in the social grants debacle.

The publication has seen correspondence between the commission and activist and social worker John Clarke‚ who laid the complaint in August last year.

Clarke alleged that Dlamini “violated the fundamental human rights of the most vulnerable and disadvantaged members of society by her conduct with respect to her handling of the invalidity of the social grants payment contract”.

Clarke said he acted on behalf of two stakeholders‚ former director general of social development Zane Dangor and some of his clients who live off social grants.

“They [the clients] have mandated me to do so because of their anxiety that the social grants were at risk due to the controversy over the payment contract with Cash Paymaster Services which the Constitutional Court has declared invalid‚ and the widely held public perception that the Minister had failed in her duty‚” he said.

The commission dismissed the initial complaint on the grounds that it did not have jurisdiction over matters “involving prejudicial conduct‚ maladministration and abuse of power in state affairs” and suggested Clarke instead direct the complaint to the public protector.

Clarke appealed the decision‚ which the commission again dismissed on December 5‚ citing the same grounds.

In a letter informing him of the failure of the appeal‚ HRC chief operations officer Chantal Kisoon said she understood from appeal documents that Clarke had felt that his original complaint was misunderstood but that the commission was unlikely to deal with the investigation any faster that the public protector.

“You indicate your appreciation that the matter may not be expeditiously dealt with by the PPSA given current constraints in that institution. It is unlikely that the Commission would be in a position to expedite such an investigation any sooner than its counterpart Chapter 9 institution‚” Kisoon wrote.

A part of Clarke’s complaint also raised the issue that the breakdown of the relationship between Dlamini and Dangor may have exacerbated possible violations of social rights.

However‚ Kisoon pointed out that the commission could not become involved in a dispute between employer and employee and noted that Dangor had not lodged any complaints with the relevant bodies.

“The commission is and shall continue actively monitoring the delivery of social support grants‚” Kisoon added.

The commission did not respond to a request for comment.