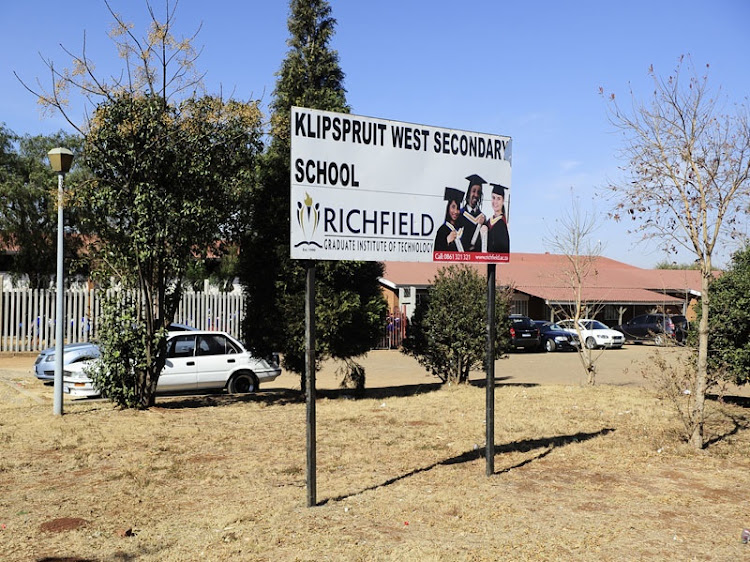 The group of black teachers from the Klipspruit West Secondary School in Eldorado Park who were on the receiving end from protesters who wanted them removed from what they deemed a "coloured school" last year were back at work on Monday‚ preparing for the year ahead.

The publication spoke to one of the teachers who said they had certain fears about being back at the school.

"The worry is that there is no security at the moment. Last year‚ there was security which was organised by the MEC [Panyaza Lesufi]‚" said the teacher who spoke on condition of anonymity.

"What we have learnt is that there were meetings [during the school holidays] from the same people who didn't want us last year‚" the teacher added.

The Eldorado Park community was concerned that the “rotten” black teachers at Klipspruit West Secondary School would be at an advantage if a black ...
News
4 years ago

Last year‚ the SA Human Rights Commission set up an inquiry into the school’s issues after community members locked the gates of the school in protest against the employment of a black principal at the school.

They also made accusations of financial mismanagement at the school.

There was an uproar against five black teachers who besides allegedly insulting learners‚ were also accused of bunking classes.

Civil group Patriots of Equality was reportedly at the forefront of the action.

In one of the SAHRC hearings‚ former school governing body member Rita Davis said they were concerned the “rotten” black teachers at the school would be at an advantage if a black principal was appointed to oversee them.

Parents of learners at Klipspruit West Secondary School demanded to invigilate their children’s examinations and also beat up black teachers if their ...
News
4 years ago

Facing questions from the commission panel however‚ Davis entangled herself in a web of contradictions‚ saying she had no problem with the appointment of a black principal but was concerned about why the coloured candidates for the post were overlooked.

“From my knowledge there were 29 applications and 11 were coloured but there was not even one coloured for an interview or shortlisting‚” she said‚ adding that it should have been taken into consideration that the person was to work in a coloured community.

But when asked whether she meant the appointed candidate should have been coloured‚ Davis said: “No.”

The commission also heard submissions from the teachers‚ parents‚ community members and the MEC.

When it concluded in October‚ chairperson Buang Jones said the outcome of the hearings would be revealed within two weeks but this had not happened.

"They never came back to us. We still don't have a conclusion‚" the teacher from the school told TimesLIVE.

The school was currently operating with an acting principal at the helm‚ appointed by Lesufi.

"Things won't be normal until a principal is appointed‚" the teacher said.

SAHRC spokesman Gail Smith told TimesLIVE that the report was yet to be finalised.

"The Klipspruit West report is not finalised and unfortunately I am unable to establish when it will be available for release‚" she said in an email.