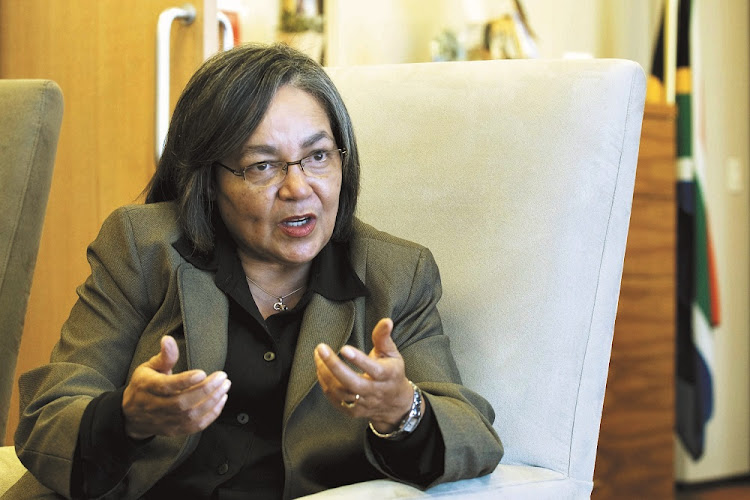 “Vindictiveness or a factional agenda” by mayor Patricia de Lille was responsible for the sudden death of Cape Town’s saturation policing solution to gangsterism.

The city council stabilisation unit‚ which contributed to a 24% drop in gang-related murders in the year during which it operated‚ was grounded by a lack of funding in June.

This was among a host of submissions made in a lengthy complaint about De Lille to DA party leader Mmusi Maimane. The dossier‚ compiled by mayoral committee member for safety and security JP Smith‚ sparked the investigation which may cost De Lille her job on Sunday.

The DA federal executive meets in Cape Town to consider De Lille’s submissions on why she should not be fired‚ made in response to damning findings about her administration by a fedex sub-committee chaired by parliamentary chief whip John Steenhuisen.

In the submissions‚ leaked by sources in the DA‚ Smith said the withdrawal of funding for the unit was “one of the most shameful and potentially embarrassing examples of poor judgment” by De Lille.

But De Lille denied that the stabilisation unit was disbanded. She told TimesLIVE: “The members were on a fixed-term contract for one year as part of a proof of concept. At the end of the contract period the funding was used to employ some of the members permanently.

“A total of 30 members are permanently employed and still work in the Manenberg and Hanover Park areas daily with the metro police’s gang and drug task team.

“In addition‚ R20-million was availed by the mayor in this financial year for a neighbourhood safety team. This allowed the city to employ 100 extra staff who focus on the two police stations with the highest crime rates‚ Delft and Mfuleni.

“They became operational in December 2017 and are on three-year contracts.”

Smith refused to comment‚ saying councillors had been instructed not to discuss any aspects of the Steenhuisen investigation in the public domain.

The stabilisation unit was created by Smith and launched by De Lille and Premier Helen Zille in July 2015 after two years of some of the worst gang violence the Cape Flats has seen.

At the time‚ the mayor said the unit was being deployed to Manenberg‚ where it was piloted‚ at the request of the community.

“This is a partnership between the provincial government‚ the City of Cape Town and metro police. We have all come together to establish this unit that can complement and supplement the police in terms of monitoring and policing to provide better police visibility in Manenberg‚ Hanover Park‚ Bishop Lavis and Ottery‚” she said.

In 2016‚ the Sunday Times reported that the unit had helped reduce shootings in Manenberg from three a day to five in four months.

The 90 men and women in the unit were recruited from neighbourhood watches and defence force reserve units and their “saturation policing strategy‚ which focused on targeting known drug houses and gang offenders”‚ in co-operation with police and other law enforcement units‚ produced high operational success rates.

But on June 30 the unit was disbanded‚ according to Smith‚ after De Lille and mayoral committee member Suzette Little conspired to choke it of funds.

“Unfortunately‚ instead of being able to access funding to continue the stabilisation unit into its second year‚ Councillor Suzette Little and the mayor reduced the Expanded Public Works Project budget of the safety and security directorate by R7.9-million and also failed to provide the remaining R7 million funding‚ even though a commitment to that effect was given to the DA caucus during the finalisation of the budget‚” said Smith.

He told Maimane and federal executive chairman James Selfe that two months after the unit’s disbandment‚ some communities where it had operated “were characterised by runaway gang violence”.

Smith added: “The following year has demonstrated a marked reduction in gun and drug confiscation stats and will likely see the number gang murders as a percentage of overall murders in Cape Town rise back to around the 15% mark from the 11.4% mark which the stablisation unit had managed to suppress it to.”