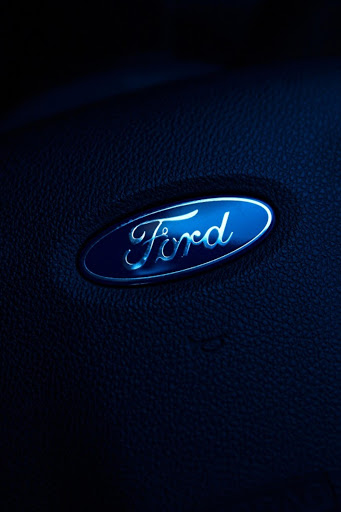 Global motoring giant Ford is offering to settle the bank loans of Kuga owners whose vehicles have either caught alight or malfunctioned.

Ford has been accused of trying to squash a class action lawsuit but the company says such offers are standard practice.

The publication has learnt that the settlement offers come with a catch: It involves the owners‚ who have been approached by Ford‚ having to sign a non-disclosure agreement with the company.

To date six Kuga owners have taken up the offer.

Since January 2017‚ Ford has implemented three safety recalls on the Kuga. Between November 2015 and December 2017‚ 72 Kugas caught fire on South Africa's roads.

Of the 72 vehicles‚ six either caught alight or sustained engine and electronic failures after undergoing the recalls. The owners of the six vehicles have had their bank repayments settled by Ford.

Kirsten James‚ who apparently reached a settlement with Ford after her Kuga caught fire in April‚ declined to respond to questions on the non-disclosure agreement or how much she was paid out.

"All I can say is that I am happy with the assistance provided by Ford. I can't comment on what that assistance was."

Johannesburg motorist Angelique Horn confirmed that Ford had repeatedly offered to settle with her bank the remaining R170‚000 she owed on her Kuga.

"They made me the offer in December. I was offered the settlement shortly before we went away on holiday‚ and then again last week‚" she said.

The latest offer was made after her car suffered a severe electronic malfunction while her family were driving to Cape Town on holiday.

"But‚ when a dealership in Bloemfontein examined the car after we broke down‚ we were told nothing had been repaired or replaced."

She said Ford had tried to give her the car back‚ which she refused.

"When Ford asked me what I wanted‚ I said wanted compensation‚ not only for the amount I still owe‚ but for everything that I have paid for the car over the years. They told me that they would only settle any amount still outstanding on the car.

"I complained that this was unacceptable and that the car did not have excessive mileage‚ to which they replied that Kugas were only designed to do 120‚000 km. I told them I had paid hundreds of thousands of rands for a proper car and not R20 for a skadonk."

Horn said the problem with the settlement offer‚ which she was given three days to accept‚ was that she would once again have to take out another loan to buy a car.

"Why should I have to take out another loan for another car‚ when I have been put in this situation by Ford?"

Lawyer Rod Montano‚ who is handling the class action law suit against Ford‚ accused the company of using the settlement offer to kill any legal action.

He said he had learnt that six Kuga owners had been offered settlement agreements.

"Those who were approached were those whose vehicles malfunctioned after all the safety fixes were done. A number of these vehicles caught alight‚ despite undergoing the recalls."

Montano said he believed the settlement offer‚ which included a non-disclosure agreement‚ was malicious in that it was designed to prevent any further faults with the Kuga from entering the public domain and coming to the attention of the relevant authorities.

"Ford is now disguising the fact that their vehicles are fatally defective and place the public in danger."

Ford spokesman Mines Bhagaloo said: "Any claim received by us has been handled on a case-by-case basis‚ according to each customer's own unique and specific circumstances."

He confirmed that Kuga owners had signed non-disclosure agreements in each case‚ "to respect our customers' confidentiality".

"There is nothing unusual about this and it is in accordance with best practices and the rule of law that enjoins us to protect information which includes personally identifiable information."