Some of ANC’s top brass snubbed at Qunu 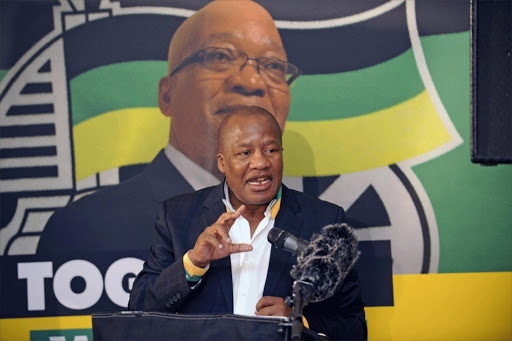 Some ANC top brass visiting Nelson Mandela’s homestead in Qunu in the Eastern Cape on Thursday were barred from entering the premises.
Image: Russell Roberts

Some ANC top brass visiting Nelson Mandela's homestead in Qunu in the Eastern Cape on Thursday were barred from entering the premises.

The visit to Mthatha on Thursday is part of the ANC's mass mobilisation campaign‚ a build-up to Saturday's 106th anniversary celebrations to be held at the Buffalo City stadium in East London on Saturday.

ANC NEC meeting has concluded without any fireworks.
News
3 years ago

A crowd of up to 120‚000 is expected to attend the rally which will also be attended by foreign and local statesmen such as Kenyan President Uhuru Kenyatta‚ former President Kgalema Motlanthe and President Jacob Zuma.

Other senior ANC members who were part of the Ramaphosa-led delegation to Qunu included NEC members Lindiwe Zulu and Faith Muthambi.

They were all accommodated in a separate room within the main house‚ as Ramaphosa‚ Mabuyane‚ Gwede Mantashe‚ Paul Mashatile‚ Ace Magashule and Jessie Duarte met Mandela's grandson‚ Mandla Mandela‚ behind closed doors.

Some top ANC leaders visiting Nelson Mandela's homestead in Qunu were barred from entering the premises.