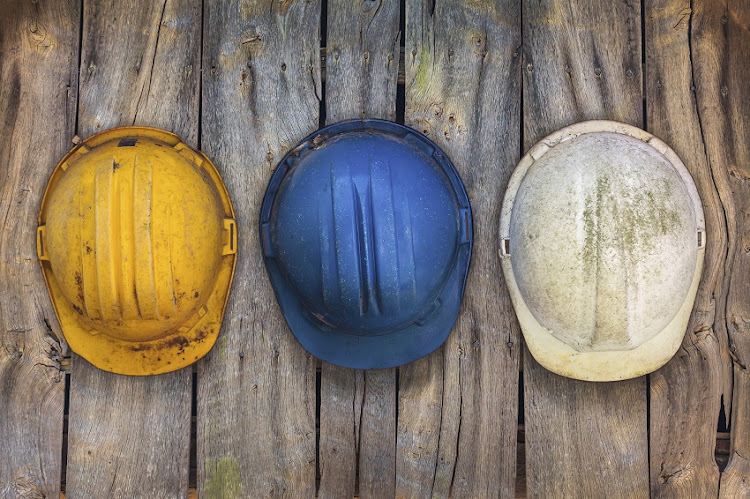 The Supreme Court of Appeal has granted the postponement of the appeal in the silicosis and tuberculosis class action litigation.

Attorneys representing all parties involved in the matter wrote to the registrar of the court asking that it be postponed until further notice.

Gold companies were appealing against a judgment by the High Court in Johannesburg which found that Richard Spoor Inc‚ Abrahams Kiewitz and the Legal Resources Centre could pursue two separate classes of claimants‚ one for silicosis and one for tuberculosis incurred from mining.

The appeal was set down for March.

The Legal Resource Centre on Wednesday said a joint letter to the court explained that good-faith settlement negotiations between the Occupational Lung Disease Working Group and claimants’ legal representatives had reached an advanced stage.

The gold working group was established in 2014 and all of them had made provisions for claims.

"In view of that‚ all parties consider it to be in the best interests of judicial economy and the efficient administration of justice that the matter‚ currently scheduled to be heard from March 19-23‚ be postponed‚" LRC said.

In September‚ Financial Mail reported that just over R5bn in gross provisions announced by gold companies for a silicosis settlement raised hopes that the six-year battle for more generous payments for ill ex-mineworkers could reach an amicable conclusion.

Lawyers for former mineworkers started to gather claimants for a class action suit in 2011‚ after the Constitutional Court ruled that Thembekile Mankayi‚ a former employee of AngloGold Ashanti‚ could sue for R2.6m for compensation for the silicosis he contracted. He was paid only about R16‚320 from the statutory fund to which employers contributed.

Eskom convened a late night meeting to approve the payment of R586-million to the company.
News
4 years ago

Silicosis is a progressive disease of the lungs caused by breathing in silica dust‚ which can lead to tuberculosis.

In the past 50 years millions of people have worked on underground mines in SA‚ leading to some alarming estimates of the number of possible claimants.

- The Q(h)ubeka Trust said on Wednesday that in the 19 months since it was established‚ it has awarded approximately R102 million in compensation to qualifying ex-mineworkers suffering from Silica related illnesses.

The Trust was founded in March 2016 on the back of the successful conclusion of a lengthy compensation battle by attorneys‚ Richard Meeran and Zanele Mbuyisa‚ representing ex-mineworkers who have contracted Silicosis while working for various mines owned by Anglo American South Africa Limited and AngloGold Ashanti Limited‚ according to a statement.

The claimants in the settlement are 4‚365 ex-mineworkers from South Africa‚ Swaziland and Lesotho who may be suffering from Silica-related occupational lung diseases as a result of the failure by the mines to ensure adequate protection against the disease for their mineworkers.

The Trust was established with the specific purpose of distributing the R395 million settlement won by the attorneys representing the claimants in the compensation action‚ which is completely separate from the class action suit that is currently underway against various South African mining companies.

According to Trust chairperson‚ Dr Sophia Kisting-Cairncross‚ the R102m awarded to claimants as at 30 November 2017 is a significant achievement‚ particularly given that locating many of the original claimants has been difficult due to the fact that many contact numbers are no longer valid. Once contact is made‚ the process of determining their eligibility for compensation is also challenging in itself.

“The assessment process‚ as set out in the Trust Deed‚ is a complex one‚” she said‚ “which begins with the need for a comprehensive medical evaluation of each claimant aimed at establishing that he‚ in fact‚ suffers from Silicosis.”

Given that the majority of claimants live in rural areas‚ the Trust opted to partner with a number of local healthcare service providers‚ whom it is helping to upskill in the diagnosis of pneumoconiosis. In this way‚ claimants have been enabled to more easily access the required medical assessments‚ the results of which are then sent to a panel of medical specialists to assess these and make a determination about each claimant’s eligibility for compensation.

To date‚ approximately 2‚350 of the 4‚365 claimants have undergone these medical assessments‚ but less than half of these have been determined to be suffering from Silicosis.

Another significant hurdle the Trust faces in determining compensation eligibility is establishing that claimants worked for at least two years at Anglo American South Africa and AngloGold Ashanti Limited-owned mines.

The Trust is also assisting claimants to apply for statutory benefits under the Occupational Diseases in Mines and Works Act.

The Q(h)ubeka Trust has no connection to the current‚ ongoing class action suit against various gold mining companies on behalf of gold miners who have developed silica related diseases.