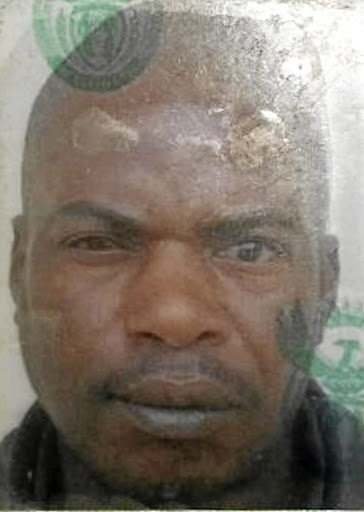 Masotsha Mutavhatsindi was shot dead after driving home on his employer's tractor. / Supplied

The family of a deceased Krugersdorp poultry farm worker want his killer to be harshly punished.

Mutavhatsindi was apparently driving the tractor to the Matshelapata informal settlement when he was attacked.

It is alleged that Durant accused Mutavhatsindi of stealing the tractor from the farm before opening fire on him.

Police said he was shot once in the head.

Yesterday, angry residents of Tarlton packed the Krugersdorp Magistrate's Court where Durant appeared to face a charge of murder. The matter was postponed to next week for a formal bail application.

According to ward councillor Dikgang Sithole, Mutavhatsindi left work with the tractor at about 10am.

"He normally comes home for lunch with the tractor.

"The accused followed him until he arrived at his area where he was shot.

"The community is angry," he said. His sister, Pauline Mutavhatsindi, said: "I have not accepted that he is dead.

"It is the first time that a person died the way he did in our family. My heart is painful because I loved my brother very much.

"I last saw him on Tuesday [last week]. We did not talk much. He was a good person. He loved jokes. I would laugh the whole day when I am with him."

An armed security officer has been charged with murder following the fatal shooting of a 43-year-old man accused of stealing a tractor near ...
News
4 years ago

Mutavhatsindi's nephew, Colbert Moenda, 35, said his uncle did not deserve to die the way he did.

"No one has a right to shoot anyone," Moenda said.

"I do not know what his arrangement was with his employer but I have seen him once coming home with the tractor during the day."

Moenda said his uncle, who had worked at the farm for just over a year, was loved by everyone in his community.

"The white man called the police after he shot him. He had a gun in his hand and would not allow us to get closer. The police called an ambulance but when it arrived a female police officer turned it away. The man was still alive, the paramedics could have done something to save him," Modise said.

Mogale City mayor Patrick Lipudi said the incident was unacceptable. He said the community hoped the accused would face the full might of the law.

"These latest spate of killings of farm workers are concerning.

"They seek not only to undermine the reconciliation project, but our efforts of building a non-racial country that truly belongs to all, both black and white," Maile said.