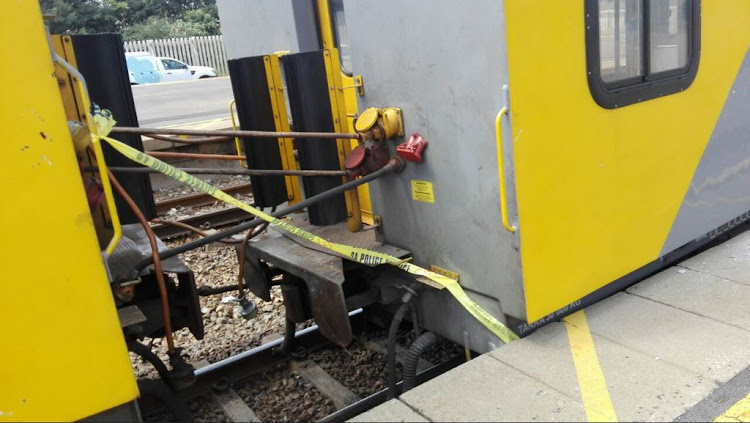 Paramedics say approximately 200 people sustained minor to moderate injuries in a train crash that occurred in Germiston on Tuesday morning.

Metrorail had earlier placed the number of the injured at 30.

"ER24 paramedics‚ along with various other services‚ arrived on the scene to find scores of commuters walking around on the scene. Upon closer inspection‚ paramedics found that one of the carriages had derailed but had not overturned‚" said spokesperson Russel Meiring.

"Paramedics and EMS set up a triage area and began assessing the patients. Approximately 200 people were assessed and found to have sustained injuries ranging from minor to moderate. Fortunately‚ no fatalities were found on the scene‚" he said.

Some bodies of the Kroonstad train-crash victims are riddled with maggots and decomposing faster than their families can identify them.
News
4 years ago

Those who required it were to be transported to nearby hospitals for further treatment.

Metrorail spokesperson Lillian Mofokeng said that one train had rear-ended a stationary train at the Germiston station.

"One of the trains was authorised to be stationary there and it was waiting for a manual signal for it to leave the station‚" said Mofokeng.

"We had some cable theft there and that is why we are using a manual system‚" she added.

The incoming train then hit back of the stationary train.

Both trains had commuters on board and were headed for Springs.

Mofokeng said officials were still clearing the railway lines and the train services had in the interim been suspended.