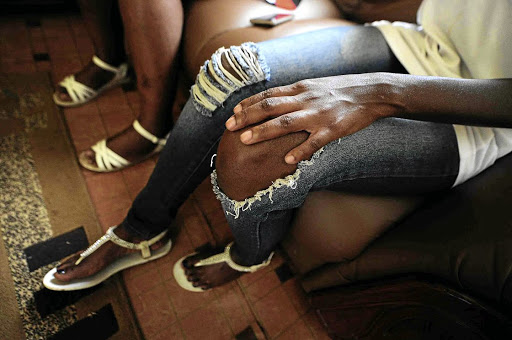 A 25-year-old mother of two from Soweto says she was raped by a man she met on Facebook. /Thulani Mbele

A Facebook hook-up has ended horribly for a Soweto woman who was allegedly raped by a man she met on the social network.

The 25-year-old mother of two said she did not suspect anything when the alleged rapist befriended her on Facebook and sent her an inbox message three days before the ordeal, expressing love for her.

The two met for the first time at Jabulani Mall, Soweto, last Thursday.

"He said (in the inbox messages) he liked me but he was married and I told him that I do not date married people. He then asked that we be friends and I agreed," she said.

The woman said she exchanged cellphone numbers with the man and they arranged to meet at the mall.

"He drove a Chery that was lemon in colour. He is about 40. He was tall, had a round face, trimmed beard and bald head.

"He offered to buy me lunch and I later asked him to drop me off at home," she said.

The woman said instead of going to her home the man drove to a secluded area in Protea, also Soweto.

"When he passed our area I asked him to drop me off at my friend's place in Naledi if he did not want to go to my home but he continued driving instead," she told Sowetan.

"He was making small talk on the way and acted normal. I did not suspect that he planned to rape me. I asked him where we were going and he said he wanted to buy something in Lenasia and we would come back."

The woman said the man then drove to an open space near a farm that was secluded.

"He parked under a tree and said he wanted to cool off because we have been driving in the sun.

"My phone rang and I got out to answer it next to the tree. He also came out and pushed me against the tree.

The woman said the man pulled her by her hair and forced her into the car.

"He throttled me and threatened to kill me. He had my head on the driver's seat and my lower body on the passenger seat. He pulled my pants down and I tried to fight him off but I couldn't. He then raped me," she said.

The woman said the man took her cellphone and threw her handbag out.

"I did not know my location so I walked for an hour to a nearby road where people could see me.

"I was assisted by social development officials who were driving past."

Sergeant Khalipha Mvula said no arrest has been made.