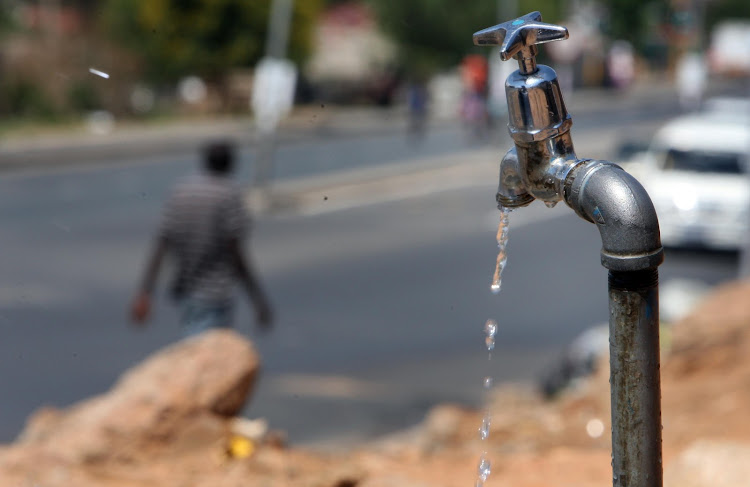 Hundreds of Emfuleni residents face misery after their municipality failed to pay its two-year historical debt of over R450 million to Rand Water.

The water supplier has reduced water supply to some areas after the African National Congress-run municipality didn’t meet Friday's deadline to pay about 25% (R50 million) of the money owed.

Water tankers had been sent to affected areas since Friday and five more would be added by the end of Monday‚ Emfuleni mayoral spokesperson Lebo Mofokeng said.

The municipality owed Rand Water about R485 million at the beginning of November‚ but by Friday it had only been able to pay R150 million of the R200 million agreed to.

Mofokeng said residents not paying their municipal bills and the area’s high rate of unemployment had a knock-on effect on the municipality’s ability to pay back the water supplier in time.

Emfuleni mayor Jacob Khawe‚ Rand Water executives and Gauteng Premier David Makhura were locked in a meeting to find a lasting solution to the problem.

"We are at a lower level where people are not disclosing their status. There are affording communities and affording government employees that can afford to pay the municipality but they are not doing so and it impacts on the poorest of the poor. Being ignorant about revenue collection or payment of services is not assisting the municipality or South Africa … we need to prioritise our basic services‚" said Mofokeng.

About 250 households have been affected by this 40% water restriction‚ he added.

In November‚ Rand Water officially announced its decision to implement a 60% water restriction.

After hospitals in the areas complained that they had not been given prior notice of the cuts‚ Gauteng co-operative governance and traditional affairs MEC Paul Mashatile intervened in December. This resulted in the 60% water restriction being revoked and Emfuleni promising to pay the money owed to Rand Water.

"Emfuleni has not been able to keep up with the arrangement they made with Rand Water. Rand Water has therefore reduced the availability of water to the municipality. Everyone is guided by their constitutional mandate and regulation‚ and Emfuleni as a municipality must pay for bulk services‚" said Sputnik Ratau of the Department of Water and Sanitation.

He added that‚ if the municipality was struggling to pay‚ it should approach other relevant government departments to find an amicable solution to the problem.

Residents of Palm Spring‚ Sharpeville‚ Tshepong‚ Evaton‚ Vaal Oewer‚ Vanderbijlpark and Debonair Park have been affected by the water restrictions.