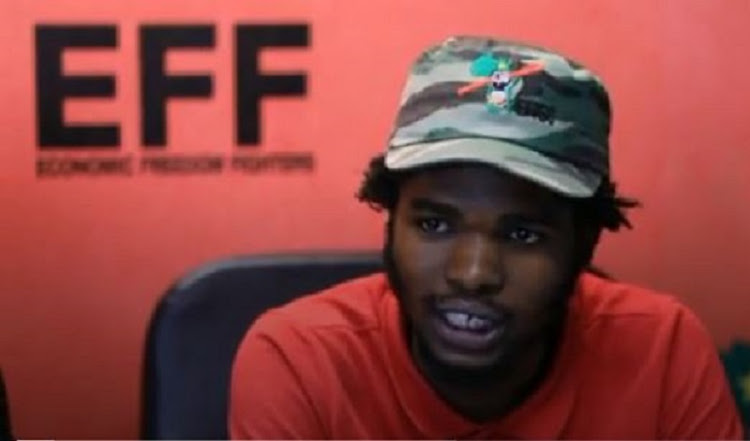 The Economic Freedom Fighters Student Command (EFFSC) says that its call for walk-ins at higher education institutions by prospective students is not intended to cause “anarchy” but to secure the future of young minds.

The Economic Freedom Fighters Student Command (EFFSC) says that its call for walk-ins at higher education institutions by prospective students is not intended to cause “anarchy” but to secure the future of young minds.

At a media briefing held on Thursday in Braamfontein‚ Johannesburg‚ the EFFSC Sizofundangenkani [We will learn by force] campaign said that it aims to expose a systematic financial barrier meant to prevent poor students from accessing higher education.

Phuti Keetse‚ president of the EFFSC said that the walk-ins are not intended “to cause any anarchy but if we are pushed‚ we will be left with no choice...".

In the statement Keetse said that the 2018 academic year was starting off with a “brutal exclusion of the poor of the poorest‚ academically deserving students being excluded because of systematic financial exclusions by Universities South Africa”.

According to Keetse the higher education admission system operates on class discrimination.

“South Africa remains an apartheid state economically. Where the rich are citizens and the poor are subordinate...The reason why universities wanted autonomy was precisely to make sure that knowledge is reserved only for the elites and controllers of the country‚” he charged.

Because institutions do not admit as many students as they wish they did‚ “it is fair to say that to exclude more than 800‚000 young poor minds is to perpetuate an intellectual holocaust on the poor youth of this country and throw them in harsh concentration camps of exploitative labour‚” said Keetse.

The EFFSC is adamant that it will ensure organised late application walk-ins at institutions.

“There will be walk-ins‚ and fighters must assist walk-ins with food‚ sanitary towels‚ accommodation and ensure safety and security for every student in and around campus.” Universities SA condemned the planned action and labelled it a “political football" on Tuesday. They body went so far as warning of violence if walk-in students arrived‚ and mentioned the deadly stampede that crushed an applicant's parent to death at the University of Johannesburg in 2012.