Latoya's family ask parliament to investigate circumstances around her death 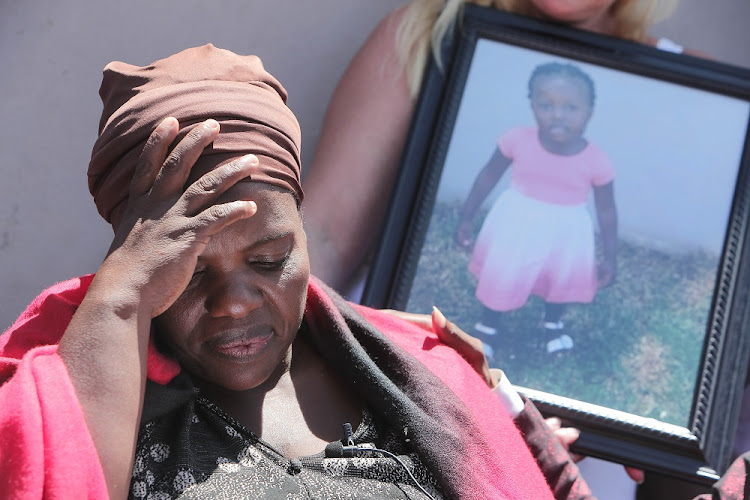 3 January 2017. Nontombi Gwam the mother of Letoya, the three year old child who died in an ambulance, becomes emotional during talks at a press conference on the incident In Daveyton, Ekurhuleni. The toddler was being transported from Incredible Happenings Ministry where Pastor Mboro was giving a service.
Image: Alaister Russell

The family of a toddler who died while seeking medical help on Christmas Eve in Ekurhuleni has called on parliament to investigate the circumstances around her death.

"We are very hurt. This needs to go to parliament. Parliament needs to investigate why paramedics did not do their job‚" said Ayanda Klaas‚ the uncle of three-year-old Latoya‚ at her memorial service at Incredible Happenings Ministry in Katlehong on Thursday.

"If it was not for their negligence‚ the child would still be alive. I'm bleeding‚ Latoya's parents are bleeding‚ because the health department failed to do its job. They failed us."

Latoya’s mother‚ Nontombi Gwam‚ said previously that she first took her daughter‚ who was ill‚ to Daveyton Main Clinic but claimed that she was unable to find appropriate help. She then went to a private doctor and afterwards‚ when the child became restless‚ took her to Prophet Paseka Motsoeneng‚ known as Pastor Mboro.

Motsoeneng prayed for the child and called for an ambulance. When the ambulance finally arrived‚ there were arguments between Mboro and paramedics. The details of what happened at the church are under investigation.

Mavis Lungu‚ a teacher at the creche Latoya attended‚ described her as a quiet child.

Latoya was 'joy of the family' says distraught mother

Gwam held a media briefing at her home in Daveyton‚ Ekurhuleni‚ on Wednesday to speak about the loss of her child.
News
3 years ago

"Latoya was very quiet. She would only look at you and smile. She would remain in class when other children went outside to play."

There were conflicting accounts of whether the child died at Motsoeneng’s church or in an ambulance that was taking her to hospital.

Motsoeneng on Thursday slammed media reports that he had assaulted paramedics and that the child had died inside his church.

"The child did not die at church. She died in an ambulance. The question journalists should be asking is when did paramedics arrive?"

He asked Gwam to tell the congregation where her daughter had died.

"She died in an ambulance‚" she said.

"I understand why people beat paramedics. Do I condone it? No‚" Motsoeneng said.