ANC mourns death of one of its oldest members Welhemina Mabuse 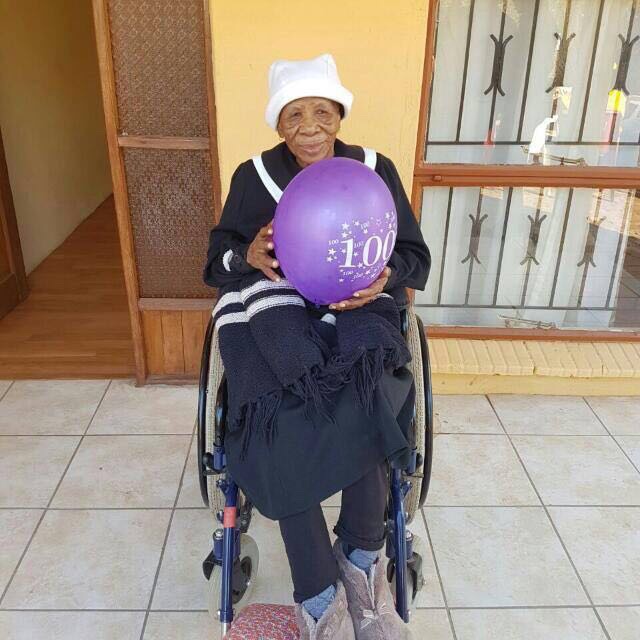 Welhemina Mabuse, one of the ANC's oldest members was burried in North West on Saturday.
Image: Supplied

The African National Congress on Saturday buried one of its oldest members‚ Welhemina Mabuse‚ who was part of the 1956 women’s march to the Union Buildings.

Born on August 17 1916 in Mmakau Village in Brits‚ Mabuse was baptised and confirmed at the Lutheran Church. Mabuse died on Christmas Day.

She attended the Polonia Primary School until Standard 6.

Mabuse began working in Greenside‚ in Johannesburg as a domestic worker in 1936 until she retired.

Willie Toweel‚ who excelled as a boxer and a trainer‚ died at the age of 83 on Christmas Day‚ family and friends said. Toweel‚ the brother of South ...
Sport
4 years ago

While she was working there the Identity Documents Law( Pass Law) came into effect. She came back to Mmakau to mobilise other women to fight the pass laws.

Mabuse never gave up and continued fighting the apartheid regime and in 1956 she was one of the mobilisers of the anti pass laws march to the Union Buildings. She worked with the likes of Lillian Ngoyi‚ Hellen Joseph‚ Sophia De Bruin and all those who were at the forefront of the march.

Young boys were taken to potato farms after committing pass law offences. Their clothing was taken away and they were given sacks to wear. They slept on concrete floors and used their hands to dig up the potatoes due to a lack of resources. The boys were beaten with sjamboks by the foremen and many of those who died were buried in the fields without their deaths being reported to their relatives.

Community leaders then decided to boycott the potatoes from Bethal farms.

Mabuse also participated as a fundraiser for the high treason case involving Nelson Mandela and other struggle stalwarts.

In her small room she was given by her employers‚ she raised funds by selling cakes and traditional beer. She brought her son‚ Albert‚ now 80‚ to her place of work when he was only two years old.

Her employers called police as they suspected something was going on and she was arrested at the Parkview Police station.

She was fined 20 pounds for this and was released after paying the fine. She also participated in other campaigns to dislodge the apartheid government.

In December 2015‚ she was visited by Deputy President Cyril Ramaphosa‚ who took a decision to finish her incomplete house.

It was during that visit that Koko‚ as she was affectionately know‚ told Ramaphosa to restore “their beloved organisation” - the ANC – to its former glory when he ascends to the position of president.

One of the ANC members in the North West‚ Isabella Mmoledi‚ described Mabuse as a dedicated member of the ruling party.

“As the ANC as a whole‚ we have lost a veteran and a stalwart. She told us the things that she did while she was in Joburg for the movement. I believe we could have even gained a lot by utilising her experience before she became as old as she was‚” Mmoledi said.

Mabuse is survived by her only son and his family. She was buried at her place of birth.

Despite being in and out of hospital this year‚ those close to Robbie Malinga said his death on Christmas day was still a shock.
Entertainment
4 years ago
Next Article