The Christmas weekend on Durban's beachfront in numbers 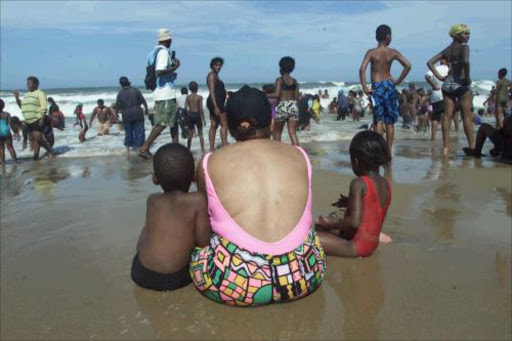 Nearly 1.7-million people descended on Durban’s beachfront over what the eThekwini municipality describe as a “fun-filled and incident-free” Christmas weekend.

These are some of the numbers from December 23 to 25:

172 - arrests for drink driving by the city’s Metro Police

64 - children separated from their guardians; all were reunited safely

11 - rescues carried out by lifeguards

2 - arrests made at the beachfront for cellphone and handbag theft

Fifty Christmas babies were born by 10am in KwaZulu-Natal – 26 girls and 24 boys‚ the health department announced.
News
4 years ago

About 145 babies - 67 girls and 77 boys - were delivered on Christmas Day in Gauteng public healthcare facilities.
News
4 years ago

Archbishop Thabo Makgoba has called in his Christmas sermon for the new leadership of the ANC to act “quickly and decisively” to replace President ...
News
4 years ago

Congress of the People (Cope) president Mosiuoa Lekota on Monday asked South Africans to remember the poor‚ and to live in harmony.
News
4 years ago
Next Article