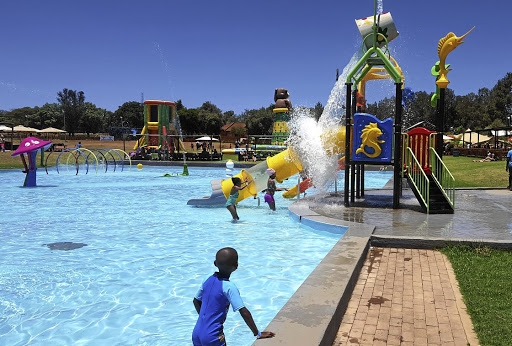 While Nelson Mandela Bay is buzzing as hotels put up fully-booked signs‚ its supply dams continue to dwindle at an alarming rate with tens of thousands of holiday-makers pushing up consumption by as much as 20%.

With dam levels at an overall average percentage of only 28% late last week‚ the municipality and business sector have urged all water users including holiday-makers to use the resource sparingly.

Despite pleas‚ hotel managers along the Bay’s beachfront say tourists are not playing their part.

Protea Marine marketing manager Prudence Zuma said: “They [tourists] have the philosophy that water is our problem‚ not theirs.”

“During the months of December‚ January and February an increase of water consumption of 15 to 20% is experienced‚” municipal spokesman Mthubanzi Mniki said. “This allows for both the influx of tourists and the increased consumption as a result of the warmer weather conditions.”

Hotel managers said the industry is doing all it can to save water by asking guests to re-use towels‚ putting up water-wise stickers in rooms and bathrooms‚ and even going as far as installing flow restrictors on shower-heads.

However Zuma said: “The majority of our leisure guests are from inland cities‚ and they look at our water situation as our problem. A problem which they believe isn’t their concern as they return home after their holiday.

“We see it in our water usage during this time. It is understandable that there are more people in the hotel but the water usage is way too much for the number of people.”

Willows resort manageress Marita Loftie-Eaton said: “We do all we can but guests come for a seaside holiday and aren’t aware of the severity of the water problem. . . We have a policy of replacing towels every third day. However about 40% of the guests will request fresh towels daily or even walk to reception to swap out their old towels for new ones. The guests just don’t seem to comprehend how bad the water situation is here. But the biggest problem is showers. After each swim‚ people are covered in sand and want to rinse off with people showering as much as four times a day and for extended periods of time. However we can’t stop them from doing that nor can we time their showers.”

Radisson Blu deputy manager Mark Huppelschoten said: “As a group we implement several water-saving techniques which include flow restrictors on shower-heads and monitoring the amount of towels used on a monthly basis versus water used. If the towel usage exceeds a certain threshold there is a fine issued to that particular hotel. However being on a seaside holiday‚ guests tend to shower in the morning‚ go to the beach‚ return and shower again before heading out and then showering again at night. So as much as we try to curb water usage‚ it comes down to the users who are not always as considerate.”

Tourism expert Peter Myles said: “It is a tough situation as the city requires both tourism and water. However a move to more responsible tourism is required as is illustrated around the world as tourists begin to realise the impact they have on destinations they visit.”

Nomkhita Mona‚ chief executive of the Nelson Mandela Bay Business Chamber‚ said: “The tourism industry has the potential to create a large number of jobs and contribute to the economic growth of the city. It would therefore be counter intuitive to suggest that tourist numbers must be curbed. What does need to happen is for water to be treated with more respect. We are beginning to see some evidence of why it is usually suggested that the Third World War will be about water.”

Due to shortages of chemicals used to keep the water suitable for healthy bathing and swimming‚ some City of Johannesburg pools are being closed.
News
4 years ago

Mokonyane: We will not cut water to defaulting municipalities

Residents living in municipalities who have defaulted on their debt for bulk water supply will not face a complete cut-off‚ but rather a restricted ...
News
4 years ago

A social experiment to supply “guilt-free” Jozi water to Cape Town could bring at least some relief for the city's water crisis.
News
4 years ago
Next Article