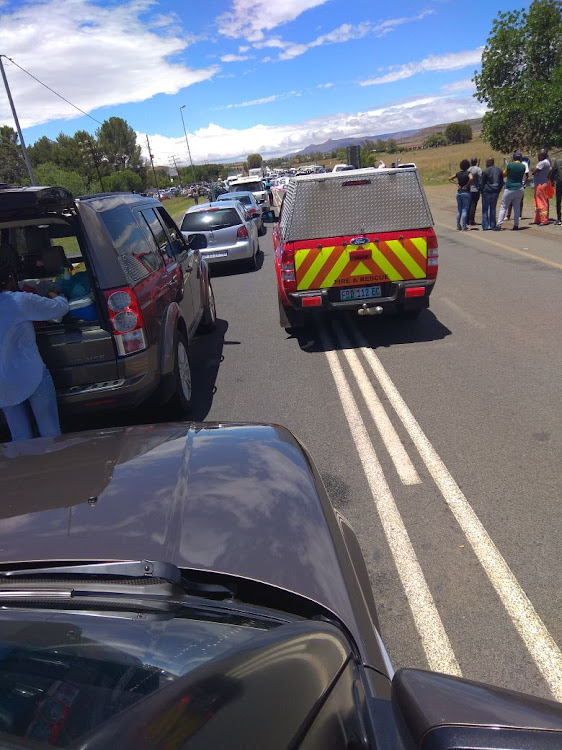 A service delivery protest led to disruptions on the N6‚ blocking the road leading in and out of Aliwal North in the Eastern Cape on Friday.

Motorists were stuck in winding traffic for hours as residents blocked the roads‚ singing protests songs.

"You cannot get in or out of town and I heard them talking to the cops. They are protesting against erratic supply of electricity. They may not have power over Christmas‚" said one motorist‚ who had been stuck in traffic for at least an hour.

Locals have reportedly been experiencing load shedding amid the municipality's mounting debt to the power supplier. Friday's protest kicked off around 9am on the busy stretch of road and‚ according to social media posts‚ had been scheduled to proceed until 12.

Shortly after midday‚ the crowd dispersed after the police fired teargas.

Metrorail Western Cape published a statement on Sunday night that its Central line in Cape Town has been suspended until further notice.
News
4 years ago

A default judgment can be taken against you when you don't defend a claim brought by a service provider.
Business
4 years ago

The Constitutional Court on Thursday confirmed that a section in the Public Service Act‚ which permitted an employer to make unilateral deductions ...
News
4 years ago

South Africa’s leading pay TV service provider‚ Multichoice‚ is in the hot seat once more with new revelations from the Democratic Alliance over a ...
News
4 years ago
Next Article