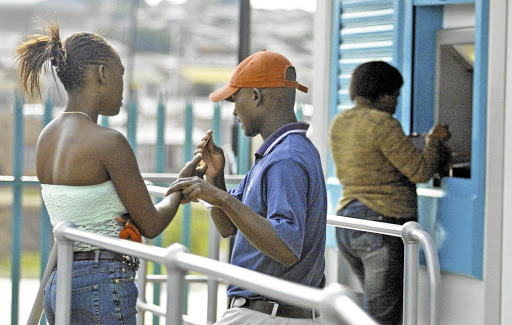 Be careful about anyone interfering with you while withdrawing money from an ATM.
Image: Marianne Pretorius

Come the festive season, thieves are always ready to pounce on unsuspecting consumers to swell their own coffers.

Stokvel groupings are the easiest targets. How I wish they had learnt from the case of victims who withdrew R300000 from a mall in Soweto, boarded a taxi on their way to share the loot, only to be accosted and robbed of their hard-earned money in December last year.

My neighbour was killed two years ago by thugs who heard that he was going to the bank to withdraw stokvel money.

He withdrew it during the week for it to be shared at the weekend, but dropped it off at a nearby house of another member for safety. This was unbeknown to the thugs who attacked him that night and killed him when he insisted he did not have the money on him.

Pillay said criminals are always looking for opportunities to defraud their victims, particularly at this time of year when people are winding down for the holidays and spending their bonuses.

She said lost and stolen card fraud was still on the increase, and urged bank customers not to accept any assistance while transacting at ATMs when cards were swapped, stolen or trapped in the ATM, only to be used later by the fraudster. She said consumers must prioritise the setting of daily withdrawal and transaction limits.

"Not only should customers be cautious when transacting at ATMs, but when online as well," said Pillay.

She said customers must be extremely vigilant when it comes to giving out personal and confidential information.

Here are some tips for stokvel groups: