Consumers cash in on cheaper meat and clothes 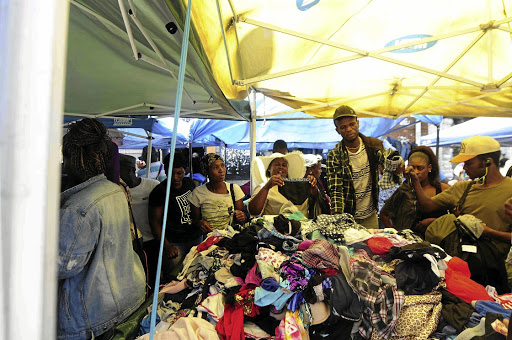 With less than a week to go before Christmas, hundreds of shoppers were flocking to central Johannesburg for cheap deals.

Kearabetwe Phokontsi, from Pampierstad in the Northern Cape, bought various meats from MTN Butchery and said she would save R50 on her purchase.

Phokontsi, 45, who was on her way to catch a taxi back home, said the food bought in Johannesburg would feed her and her extended family.

"I am excited to go home with such reasonable meat."

Meryl Pienaar, who lives in Randfontein, also bought meat at MTN Butchery, for R1300. "At any other place I would have paid R2000 for this meat."

Pienaar, who spent less than 15 minutes at the store, said she was going to braai the meat on New Year's Day for about 20 people.

Mikie Williams, 67, who was also at the shop, said she could only buy meat for R200.

"My pension money is finished. I am buying for my two grandchildren and I will be away on Christmas Day. 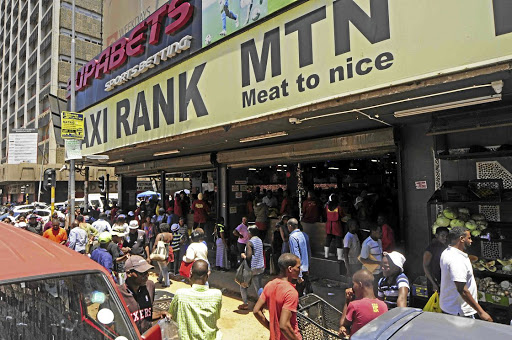 Taxi Rank MTN Butchery is the most popular and busiest butchery to buy meat in Johannesburg during the festive season. / Thulani Mbele

"At least the chicken pieces and boerewors should last them until I return."

On the next street hundreds of people were buying second-hand clothing from bales.

A 31-year-old woman who asked not to be named said she was shopping for her nieces.

"I am looking for Christmas dresses. I am hoping to get a lot for R100."

Nomsa Mazibuko said she bought clothes regularly from the street sellers. "Panties, night dresses, shoes, men's clothes, kid's clothes, women's clothes. I just wash and soak them in a fabric softener and people think we are tycoons because these are imports."

Valentine Onaga, a second-hand clothing stand owner who sells for children between 0-12 years, said his most expensive clothes were R50. "A lot of parents buy from us. We have people from Pretoria North, Cape Town, Soweto and even white people coming to buy here."