'We are ready for Ramaphosa!' sing Soweto residents 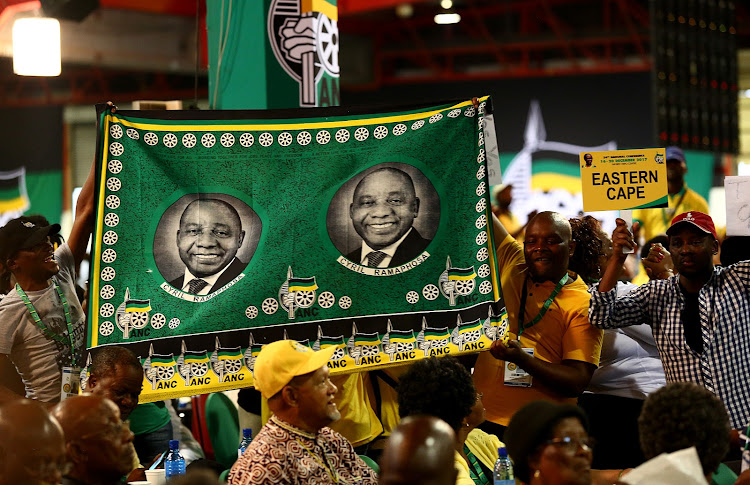 Cyril Ramaphosa supporters celebrate after he was announced as the new ANC President during the 54th ANC National Elective Conference held at Nasrec. Image: MASI LOSI

This was one of the songs sung on Monday night by residents of a Soweto township where a house belonging to Cyril Ramaphosa's sister is located.

The songs celebrated his victory after a political drubbing of his opponent Nkosazana Dlamini-Zuma to become party president.

"On your marks‚ get set‚ we're ready for Ramaphosa‚" they belted out.

So packed was Mhlaba Street that a number of police officers had to cordon it off while keeping an eye on the celebrations.

Cyril Ramaphosa is the new president of the African National Congress (ANC), it was announced on Monday.
News
4 years ago

The residents continued to make merry as drinks flowed.

Earlier on the residents had burst into rapturous joy when it was announced that he had trounced Dlamini-Zuma to become ANC president.

After 9pm the energy started dying down‚ as the singing was replaced by conversations and residents started dispersing.

Retired school principal Stella Nemukula‚ whose late husband used to teach Ramaphosa at Tshilidzi Primary in Chiawelo‚ said: "What I like is that Cyril‚ when he sees me‚ he always gives me respect and honour. I've worked with him as a principal of a school in an adopt-a-school project for Shanduka (a company founded by Ramaphosa)."

Nemukula‚ whose husband died in 2008‚ said Cyril has always been humble and respected people‚ to the extent that everybody who knew him in the township wished him luck.

"We were praying all along so that he could succeed in this elective conference‚" she said.

Felicia Nkuna‚ a neighbour of Ivy Ramaphosa‚ Cyril's sister‚ said she was happy about his victory.

Business and trade unions are cautiously optimistic after Cyril Ramaphosa was elected the new president of the ANC on Monday night.
News
4 years ago

"I'm feeling very excited because I've been waiting for a very long time for him to become party president‚" she said.

Another neighbour said: "I feel great and perfect that Cyril has become ANC president. We are all the way behind him."

She said Cyril should focus on creating jobs because a large number of people were unemployed‚ roaming the streets and being involved in criminal activities.

Nkateko Mashele said the election of Cyril was long overdue.

"It took forever. However‚ we are excited because his election is going to boost the economy of our country … because the country will start attracting investments and jobs would be created‚" she said.

"You must also remember that the ANC is not only for Zulus and Xhosas. It is good that a person who is Venda has been given an opportunity to run the country‚" she said.

Mashele added that Ramaphosa should assist the elderly‚ help the poor to get houses and beef up the education system.

Opposition parties were skeptical yet optimistic on Monday night after Cyril Ramaphosa was elected the new ANC president.
News
4 years ago

Cyril Ramaphosa has been voted as the new president of the African National Congress (ANC). Other members of the ANC top 6: David Mabuza won the ...
News
4 years ago
Next Article