Black Xmas for workers and bosses 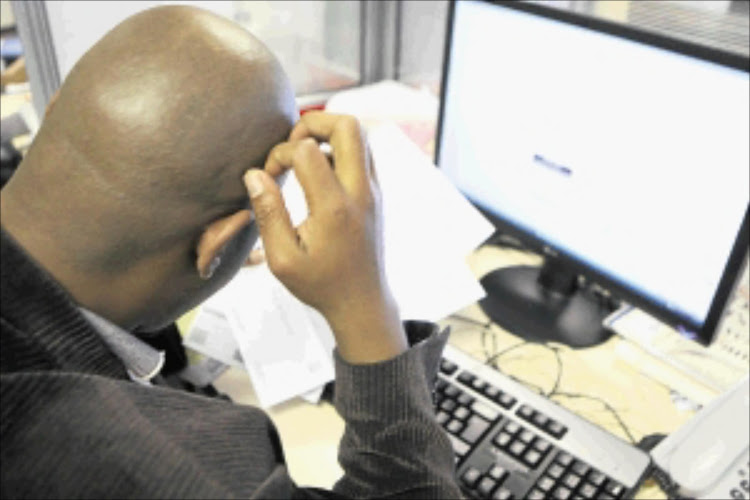 DEBT STRESS: Not paying only makes the problem worse.

More than a 100 contractors and their employees in Limpopo are facing a bleak Christmas after they were not paid by the Road Agency Limpopo (RAL).

The group from the Sekhukhune district stormed the offices of RAL yesterday, demanding reasons for the nonpayment.

About 120 companies were subcontracted for the construction of the D4190, a road between Malogeng and Apel.

The project started in March, and for the past three months the contractors had claimed they had not been paid.

Speaking on behalf of the contractors and subcontractors, Elias Matheba said they had been sent from pillar to post.

"We have approached RAL on a number of occasions to inquire about our payments and there is no direct answer," Matheba said.

He said they were told yesterday the parastatal did not have money.

"... why suddenly money is no longer there. Why did they allow us to work when they knew there was no money?"

RAL chief executive Maselaganye Matji, however, dismissed suggestions the parastatal had run out of money.

He said they were still in the process of verifying some of the invoices.

"We can't just pay without verifying because at the end of the day we must account."

Matji said he believed the payment was delayed because invoices were submitted late.

He assured the contractors payment would be made by January 15 at "the latest".