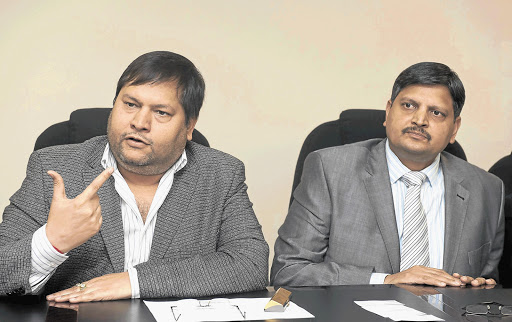 The Helen Suzman Foundation and billionaire Magda Wierzycka are taking President Jacob Zuma‚ his son Duduzane‚ the Gupta brothers‚ Eskom and Trillian among others to court.

They filed court papers on Thursday at the North Gauteng High Court in Pretoria. There are 74 respondents in the court papers‚ which include Mineral Resources Minister Mosebenzi Zwane‚ former Eskom CEO Brian Molefe and suspended Eskom CFO Anoj Singh.

They want the court to set aside “unlawful‚ improper and/or corrupt exercises of public power” and to recover the proceeds gleaned from state capture.

They describe state capture in a statement as a “real and pressing threat” to South Africa’s democracy.

“Over the course of several years‚ officials at the highest echelons of state have been doing the bidding of a powerful family and its business associates‚ in disregard of their constitutional and other legal duties.” They said the “mismanagement and corruption” at Eskom is of “paramount” public interest and Constitutional significance.

“This mismanagement and corruption affect each and every South African at the very basic level‚ with electricity tariffs increasing by 350% over the past decade by a state-owned enterprise (SOE) which supplies‚ as a monopoly‚ a crucial commodity to the country’s economy. Eskom’s 2018/19 tariff increase application for an average of a further 19.9% (but 27.5% to municipalities)‚ is currently being considered by the energy regulator.”

They are seeking to recover billions of rand in the “absence” of action by state and law enforcement agencies.

The application relates to: - Eskom‚ its Board and its officials awarding Gupta-related entities‚ including Tegeta Exploration and Resources‚ coal supply and emergency coal supply agreements; - The sale of Optimum Coal to Tegeta; - Issuing guarantees and prepayments to finance the purchase of Optimum; - Sponsorship agreements worth over R43-million between the Gupta’s TNA Media and Eskom; and - The appointment of Mogokare Seleke as Director General of the Department of Public Enterprises and Zwane as the Mineral Resources Minister.