Hospital spend is what is driving up private healthcare costs 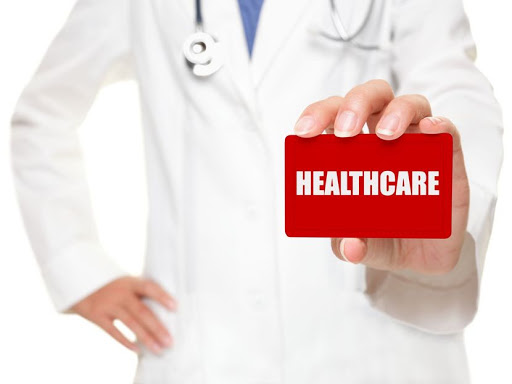 Why is it that medical inflation rises above overall prices year after year‚ squeezing private consumers' wallets?

The Competition Commission Health Market Inquiry into private health has analysed five years of medical aid claim data and found on average that health spend increased 4% above inflation. The number one cost driver was "hospital spend".

The inquiry has been at work for four years to give consumers answers as to what is costing so much and also to determine if there is a lack of competition in the private market.

The commission has released four interim technical reports to try and explain pieces of the puzzle and four more reports are expected on Friday.

In a report titled "Analysis of Medical Schemes Claims Data"‚ the commission finds the average spend by medical aid members increased by 9.2% per annum over five years.

Another report examined 90% of all medical aid data from nearly every single medical aid in 2014‚ a data set described as "the most comprehensive that has ever been compiled to explain private spend in healthcare". It found most of the above-inflation increases are "driven largely by in-hospital costs". The biggest reason for rising spend was demographics‚ ageing members getting sicker and going to hospital more.

But even after taking this into account‚ an increase of 2% above inflation each year at hospitals was inexplicable. The unexplained costs appear to be for in-hospital care. What adds to the mystery is that overseas hospital spend is flat or decreasing.

So now the commission is expected to investigate what is driving up spend.

R151bn paid by medical aid schemes to healthcare providers in 2016

Just over 8.879 million people subscribed to medical schemes at the end of December 31 2016 and the schemes paid out R151-billion to healthcare ...
News
4 years ago

"We suspect that much of this increase is due to increasing intensity to care for same condition‚" said the commission's report. This means people are having more surgery‚ more intensive care‚ and more use of consumables for the same condition each year.

Life Health Care noted: "Somewhat surprisingly‚ however‚ given that tariffs have not increased much above Consumer Price Inflation ... Life Healthcare shares the view of most of the stakeholders in the industry that price increases are not the reason for the issues being faced in the private healthcare industry."

Initially‚ after four years‚ the final findings of the commission were planned for this month‚ but averting potential legal threat by the three main hospital groups led to the delays‚ said the commission.

Reports are now being released slowly‚ so that hospital groups can be given time to review the data and dispute it if necessary.

The commission said three main hospital groups had questioned the "procedural fairness" of the provisional final report being published and so it is now releasing its findings bit by bit for comment. "The panel has taken steps set to reassure stakeholders of the integrity of the process and to prevent further delay that may result in legal disputes‚" the commission said.

Mediclinic Southern Africa said it was fully committed to reading the findings: "Once we have received the second allocation of reports‚ we will have a clearer insight into the data the Competition Commission is using to draw up their findings. We have been allocated until the end of January to examine the evidence and reports and then submit our own feedback and comment."

Life Healthcare said: "We have always supported the objectives of the Health Market Inquiry and we will continue to constructively engage with the Competition Commission in order to conclude the inquiry."

Netcare declined to comment. Netcare delayed the start of the commission in 2013 with a legal challenge questioning KPMG's role in doing technical reports for the commission.

The Life Esidimeni tragedy in numbers

The Life Esidimeni saga led to more than 118 people dying after they were discharged from Life Healthcare Esidimeni homes in May and June in 2016 and ...
News
4 years ago

Until last year‚ the Mpumalanga health department had always depended on Gauteng to take in its patients in need of mental healthcare as it does not ...
News
4 years ago

HIV drug to be more affordable