Ground now fertile for ANC to get rid of Zuma 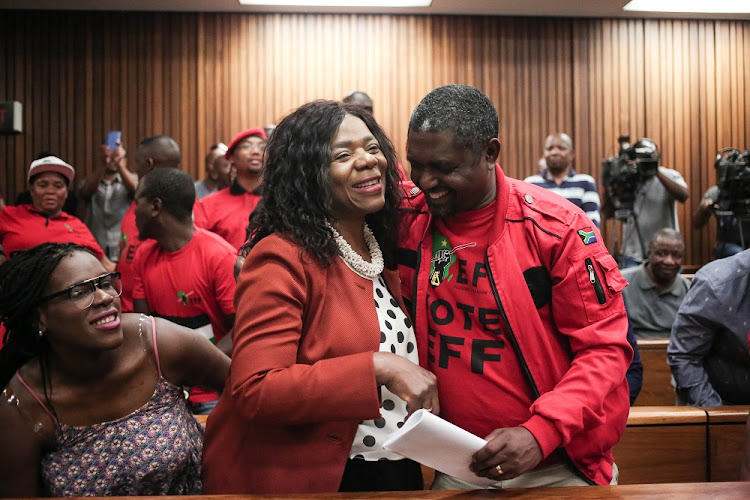 Political analysts say President Jacob Zuma's mounting political and legal problems may force the ANC to push him to step down before the end of his last term as head of state.

Zuma suffered yet another legal blow yesterday when the North Gauteng High Court in Pretoria ordered him to establish the state capture commission of inquiry within 30 days under a judge that will be selected by Chief Justice Mogoeng Mogoeng.

The ANC said yesterday it hoped Zuma would implement the judgment without delay.

Gauteng Judge President Dunstan Mlambo, on behalf of the full bench, also ordered that the commission should conclude its investigation within 180 days.

Political analyst Professor Somadoda Fikeni said the ANC, which holds its elective national conference from
Saturday, could be forced to consider whether or not to go to the polls in 2019 with Zuma at the helm of the government.

A parliamentary committee has welcomed a ruling that dismissed Jacob Zuma’s opposition to a report on state capture.
News
4 years ago

Cyril Ramaphosa and Nkosazana Dlamini-Zuma are in a tight race to succeed Zuma.

"Both sides of the ANC do know the political cost of carrying the president to 2019. Either they will recall or persuade him to step down," Fikeni said.

Another analyst, Aubrey Matshiqi, said it was not in Dlamini-Zuma's interest to lead an ANC that is out of power after 2019. He said she might "insist, not publicly, that Zuma steps down in 2018".

The same would apply if Ramaphosa won the leadership race, he said.

Zuma challenged then public protector Thuli Madonsela's instruction that Mogoeng choose a judge the president will appoint to preside over the state capture commission, saying the order was unconstitutional and irrational. A full bench of the high court yesterday found that Zuma had no basis to launch the "reckless" review.

It said any person appointed directly by Zuma would not be perceived as independent, and Zuma should recuse himself from appointing the judge "to protect the integrity of the commission".

"The president has a clear personal interest in the outcome of the commission. The president is implicated in the state capture report and is at the centre of the allegations regarding the Gupta family's involvement in the appointment of cabinet ministers.

"Moreover, his son's business interests are heavily implicated by the allegations regarding the award of contracts by [state-owned enterprises] to Gupta-owned businesses," the court found.

The court also held the president personally liable for the legal costs of the case - which is historic given that the state has always paid his legal fees over the years.

This is the second case Zuma has lost in the past week.

On Friday, Mlambo set aside the appointment of National Prosecuting Authority (NPA) head Shaun Abrahams and found that Zuma should not appoint the next head of the NPA as his pending prosecution for corruption means that he was "conflicted".

Madonsela welcomed the ruling by the high court.

The Pretoria High Court order dismissing President Jacob Zuma’s application to review Madonsela’s state capture report is an indictment to those who ...
News
4 years ago

ANC: We must deal with 'perceptions and reality' of state capture

The ANC says the sooner state capture allegations are dealt with “the better” for South Africa.
News
4 years ago

Jacob Zuma has been ordered to personally pay the costs of his failed attempt to stop the release of the State of Capture report.
News
4 years ago

Jackson Mthembu has made damning allegations of there being desperate attempts to buy votes and rig the party's national election.
News
4 years ago
Next Article