Murderous pair get life terms after reign of terror 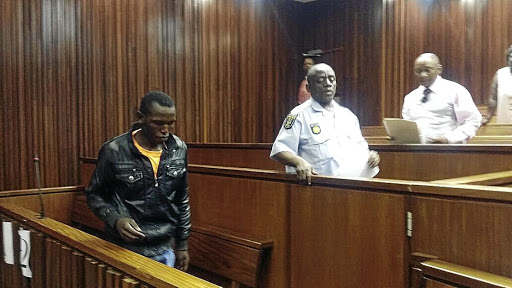 Two killers who terrorised the community of Zandspruit, Johannesburg, were yesterday sentenced to life imprisonment in the South Gauteng High Court in Johannesburg.

Four people were killed between June and August 2016.

In addition to this, Ngwenya received 15 years for each of his 11 counts of robbery with aggravating circumstances, and five years for attempted murder.

Nkomo received 15 years for each of his five counts of robbery with aggravating circumstances.

All sentences will run concurrently.

Judge Carla van Veenendal said a sentence should reflect the severity of the crime.

She added that what made the crimes more serious was that victims were accosted in places where they should feel safe.

Randy Tango was sentenced to three life sentences for raping and murdering his 11-year-old neighbour Stacha Arendse.
News
4 years ago

She said a sentence that was too lenient does not serve the interest of society.

"The only way to stop offences from occurring is to remove the accused from society for a long time. The society needs to be protected against the accused. The court must impose a sentence that will deter anyone from committing further offences ..."

Van Veenendal said she tried to find substantial and compelling circumstances to "individualise" the sentence for each accused.

"However, in weighing the number of deceased persons left in the wake of this reign of terror against the personal circumstances of the accused ... I find there is no reason to deviate from the minimum sentences applicable."

Van Veenendal said the duo had not shown regret or remorse or taken any responsibility for the offences.

"... the accused probably would not have refrained from committing [more] offences if they were not apprehended."

Emily Matsoma, 63, who was robbed at her house while hosting a party for a relative, said she was relieved.

"I am so very happy with the sentence. We will sleep peacefully at night."

"Commitment and dedication by the team that worked on the case led to this success."