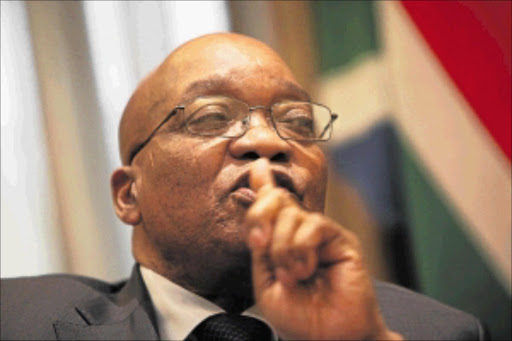 That was the reaction from the Economic Freedom Fighters (EFF) after the North Gauteng High Court ordered on Tuesday that Zuma personally pay the costs of his failed bid to stop the release of the State of Capture report.

“We welcome this damning judgment as a victory of accountability because many public representatives use public resources to defend personal interests and not those of the state or the public‚” said EFF spokesperson Mbuyiseni Ndlozi.

“The important lesson the court is teaching is that public representatives must always distinguish between personal and public interests. This separation becomes blurred when those who rule are either dictators or corrupt individuals seeking to protect or defend wrongdoing by using taxpayers' money to engage in expensive litigation.”

Zuma‚ he added‚ had engaged in expensive litigation not to defend the public interest but himself.

“This was so in matters like that of Nkandla where he used taxpayers’ money to challenge Public Protectors remedial action that he must personally pay back the money inappropriately used to build him a mansion‚” he said.

“We call on Zuma to immediately comply with the directive of the court and personally pay all the costs of the litigation. He must waste no time and no single taxpayer’s cent to appeal a clear and cogent judgment.”