The Steinhoff empire‚ where you shop every day 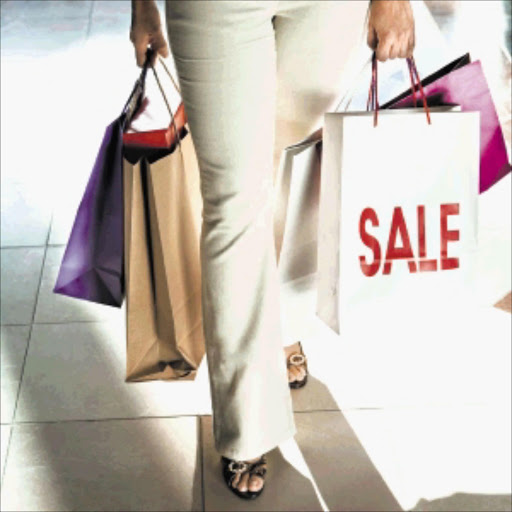 CLEVER SHOPPING: Looking out for sales saves you money.

While many may be asking‚ who and what is Steinhoff‚ few know that the company has found its way into every South African’s home and life in one way or another over the years.

You may never have heard of Steinhoff‚ which employs more than 130‚000 people in 30 countries‚ apart from perhaps seeing the name on the Blitzbokke’s jerseys as they trample to another victory.

Many South Africans do not have pensions to speak of‚ and would not be affected by pension fund managers who took heavy losses as a result of the Steinhoff crash.

Here are some of the companies that Steinhoff owns – and from which most South Africans have bought something in their lifetime:

Russels‚ Bradlows‚ Hi-Fi Corp‚ Rochester‚ Sleepmasters‚ Incredible Connection Steinhoff acquired a majority stake in JD Group in 2012‚ and effectively turned it around. Some of these brands have been consolidated.

According to Steinhoff’s website‚ Pep is the largest single-brand retailed in southern Africa. In the early 1990s‚ the group opened the first store outside of South Africa.

“The expansion soon gained momentum‚ and Pepkor Africa is now trading successfully in several African countries including Zimbabwe‚ where it trades as Powersales.”

SA and southern Africa Timbercity is described as a leading “DIY retailer specialising in timber‚ board and hardware for cabinetry and carpentry” while POCO is “South Africa's biggest furniture and homeware store”.

“Flash is a technology company that provides services through smart communication technologies‚ such as payment devices and smartphone applications‚ to over 110‚000 informal retail traders in South Africa.”

These names are so well known to South Africans‚ very little explanation is required but they sell clothing and shoes.

Unitrans and Hertz Hertz is a world-leading car rental company. Here in SA‚ the Hertz franchise was purchased by Unitrans in 2008.

United Kingdom A collection of discount fashion and furniture and bed shops.

France One of the biggest furniture retail chains in France.

Extreme Digital is one of the largest online retail stores in Hungary.

New Zealand According to Steinhoff‚ Postie “brings the latest on-trend clothing looks to New Zealand women and their families at the best possible value”.

Leiner group of companies is a leading furniture retailer operating through the kika and Leiner brands in Austria‚ Hungary‚ Czech Republic‚. Slovakia and Romania.

Switzerland LIPO is one of the largest furniture brands in Switzerland.

USA Steinhoff International Holdings agreed to buy Mattress Firm Holding Corp. for about $2.4-billion in August 2016‚ a deal that “vaulted the South African discount retailer into the US market while creating the world's largest bedding giant”.

Steinhoff International’s crash resumed on Friday morning‚ with the share falling another 45% to R5.50.
Business
4 years ago

The Steinhoff share price continued to collapse on Thursday morning‚ dropping another 32% to R11.95 following the wipe out of 60% of the share’s ...
Business
4 years ago

It’s all very confusing‚ and even some analysts have a very hard time keeping track of the entire Steinhoff empire.

On Thursday COSATU affiliated SA Clothing and Textile Workers' Union (SACTWU)‚ which has thousands of members working at Steinhoff owned companies such as Pep‚ Ackermans and Shoe City to name a few‚ said it would call for a meeting to enable the union to reassure its members.

Naturally there are fears that workers at these companies in SA could lose their jobs if Steinhoff cannot recover or‚ in a worst-case scenario‚ the companies are auctioned off to pay for Steinhoff’s considerable debt exposure racked up during its aggressive expansion in Europe and Australia.

German authorities also seem to be having trouble getting to the bottom of it all – an investigation into a possible tax scheme has been ongoing since 2015.