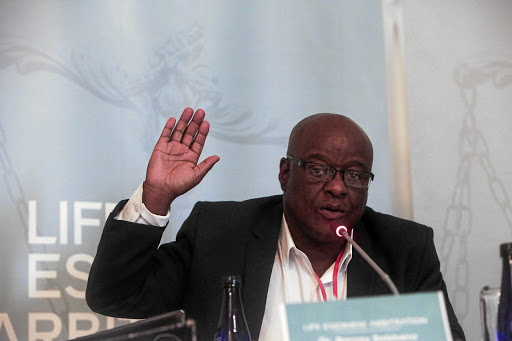 The patients were moved from Life Esidimeni facilities to different non-governmental organisations (NGOs) in Gauteng in an effort to cut costs.

Moseneke asked: "Do you accept that these patients died under unlawful circumstances?"

He responded: "I would say they were compromised."

Moseneke charged: "You are not answering the question. Do you agree they died on account of negligence on the part of the department?"

Moseneke asked why Selebano and former health MEC Qedani Mahlangu continued to transfer patients to NGOs despite warnings from experts.

"The hints were clear. If I could see in the future I would have stopped it. They (experts) never said there would be mortality," Selebano said.

"Death is neither here nor there. The question is why did you proceed despite this warnings?" Moseneke probed further. "If I had that foresight that things would go this way, I would have stopped [it]," Selebano responded.

On numerous occasions, Selebano was also taken to task on why his department failed to pay NGOs and starved patients in the process.

By midday, he had conceded to most of the issues put to him, leading Moseneke to ask why he couldn't foresee this before yesterday. "It is tragic, really you can't explain it ..." was Selebano's response.

He said he trusted his
managers to transfer the patients in a humane way.

Selebano said in February last year, concerned about the transfers, he drafted a letter to ask Mahlangu to reconsider.

He said as managers, they had agreed that project manager Levy Mosenogi would tell Mahlangu. He said he was afraid to confront the MEC.

"It was difficult for me to stand up to the MEC," he said.

"Why were you afraid of standing up to the MEC?" asked Moseneke.

"In a real work situation with relations, it is not easy to confront your seniors. I did not stand up at the time, I wish I could have," he said.

Moseneke asked why as the head Selebano did not go to Mahlangu's office and tell her that he could not continue with the transfers. "There was no space to differ. If that history could repeat itself, I would have said, 'no, I am leaving'."