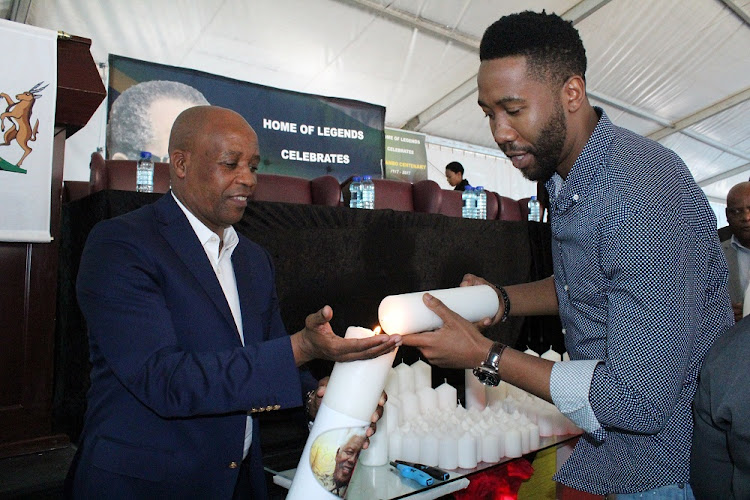 ANC bosses in the Eastern Cape have summoned Premier Phumulo Masualle and at least four mayors from two metros‚ a district municipality and a local municipality to answer about the Nelson Mandela funeral funds scandal following the public protector’s damning report released on Monday.

This was said by ANC provincial secretary Lumala Ngcukayitobi on the sidelines of the provincial general council (PGC) on policy at East London’s City Hall on Thursday.

It was in Busisiwe Mkhwebane’s report where it was revealed‚ among other things‚ that the Eastern Cape provincial government had diverted R300-million of taxpayers’ money meant for social infrastructure towards preparations for the world icon’s funeral in December 2013.

The United Democratic Movement (UDM) in Eastern Cape has called on premier Phumulo Masualle to allow the axe to fall on the provincial government ...
News
3 years ago

Several irregularities ensued in the spending of the money and the report fingered the provincial government headed by Masualle‚ the mayor Xola Pakati-led Buffalo City Metropolitan‚ the OR Tambo district municipality as well as the King Sabata Dalindyebo local municipality.

Ngcukayitobi said Masualle and the four mayors will appear before the ANC provincial executive committee (PEC) meeting scheduled for next Monday.

“That is where we will get the comprehensive response to the Nelson Mandela funeral scandal. Premier Masualle will be part of that meeting so he can give us his perspective‚” said Ngcukayitobi.