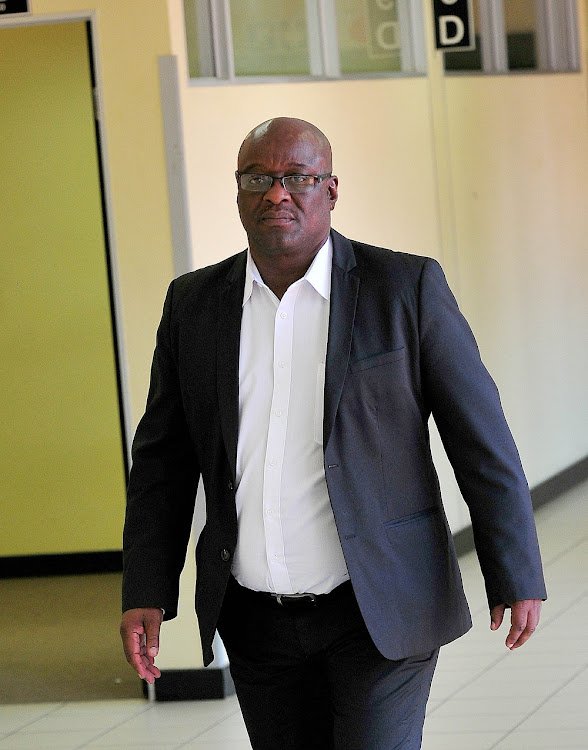 Suspended Head of the Gauteng Health Department Dr Barney Selebano cannot "recall" the letter from senior psychiatrists warning him that ending the Life Esidimeni contract would be devastating to the health system‚ patients and the provincial health budget.

He said this repeatedly under cross-examination from Section 27 advocate Adila Hassim.

Selebano was testifying at the Life Esidimeni hearing‚ after losing a court bid on Monday to have his subpoena overturned.

The letter written by senior psychiatrists and hospital managers was emailed to him in April 2015 and warned that if the homes were closed down‚ it would not save money as the Gauteng Health Department had planned but would "escalate" costs.

About five months later‚ at the end of September‚ Selebano‚ as head of department‚ signed the paperwork to close down the Life Esidimeni homes that housed about 1‚712 mentally ill patients. As a result‚ most of patients were sent to ill-equipped NGOs and 143 died.

The letter had also warned that a "mass discharge" of profoundly mentally ill people into community homes would destabilise the health system and the very ill patients.

Hassim said it was an important letter because it was the first written warning and was "long‚ detailed and considered".

Hassim said: "It includes a warning to say you [ the department] have done this before and failed. "

She explained 40 children were moved from an Esidimeni home in 2009 into an NGO and two months later‚ about 16 had died‚ with the remaining children sent back to Life Esidimeni homes in a dehydrated and emaciated state.

This failed move‚ but not the deaths‚ were referred to in the letter. Hassim said: "So‚ my question is what was your response when you read this [warning]?"

Selebano said: "I don’t recall it. I am not being evasive. I am not recalling it."

Retired Deputy Chief Justice Dikgang Moseneke‚ who is in charge of the Esidimeni hearing‚ stepped in: "Was it like water off a duck's back? These warnings found no place in your plans?"

"These warnings were coming to you before you signed the termination [of contract]. [Doctors said] ‘We were informed of main reasons for [ending] Life Esidimeni [ contract]. It is to reduce health costs but in fact it will escalate health costs’." She asked what he thought of that.

Makgabo Manamela said her life could be in danger.
News
4 years ago

Selebano said: "But I did indicate with due respect ‚ the letter was cced to my email….I do not recall the details of this letter. It is not easy for me to tell you now [ how I felt}."

Moseneke said the letter was important because‚ "people within your department‚ high-end clinicians‚ heads of psychiatry had written to you... warned that terminating the contract was not going to reduce costs and …. you went on to do the opposite - of what your internal clinicians were warning".

Moseneke said it was fair for Hassim to ask why Selebano would forget such a "momentous" warning.

Moseneke explained that Hassim's line of questioning was suggesting he ignored the contents of the letter.

Selebano said: "No‚ I wouldn't do that."

Hassim said that his testimony meant he just didn’t notice the warning about ending the Life Esidimeni contract. "This letter and its contents passed you by." Selebano denied this. "I get the impression that you are saying I deliberately ignored this letter. I just don't recall the letter."

Selebano ended the day saying the Life Esidimeni tragedy happened when he was head of department.

"It was something happening under my watch. ... It was very painful."