NDZ expected to sweep the boards in KZN PGC 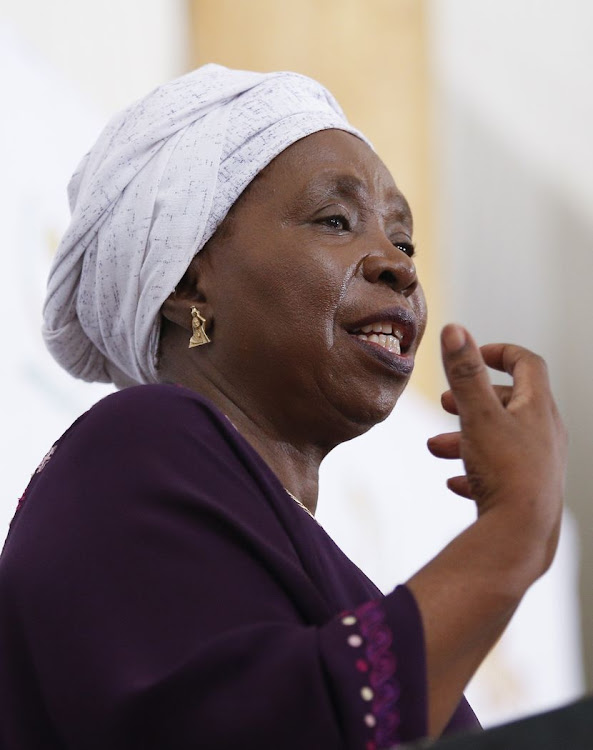 The ANC's biggest province is this week expected to widely endorse Nkosazana Dlamini-Zuma as its presidential candidate following similar affirmations by other provinces like the Free State and Mpumalanga.

Following a series of provincial general councils (PGCs) in almost all nine provinces‚ all eyes turn to KwaZulu-Natal on Monday.

There has been no word on the dozens of complaints lodged by several branches who cried foul on the processes allegedly employed by the party during chaotic branch meetings.

Dlamini-Zuma's biggest rival‚ Cyril Ramaphosa‚ has been roundly nominated by the Western Cape‚ Eastern Cape‚ Northern Cape and Gauteng‚ while Limpopo is also expected to endorse the ANC deputy president on Monday when their PGC sits to consolidate nominations.

Ramaphosa's slate claimed two weeks ago that they had made serious inroads in a number of regions in KwaZulu-Natal‚ surpassing their own expectations as hundreds of branches nominated the deputy president.

KwaZulu-Natal ANC spokesman Mdumiseni Ntuli said that the PGC will among others assess the provincial state of readiness ahead of the national elective conference‚ which takes place from December 16 to 20 in Johannesburg.

"It will also put policy positions in the spotlight. The PGC will also sharpen perspectives on issues of land‚ radical economic transformation‚ unity and 2019 elections‚" he said.

Ntuli said the PGC will be attended by more than 700 delegates from branches of the ANC‚ its leagues‚ alliance partners and guests invited by the provincial executive committee.

He said it will also serve as a political school under the theme: "Advancing Radical Socio-economic Transformation to build a National Democratic Society".

The PGC will be held at the Olive Convention Centre on Monday and Tuesday.