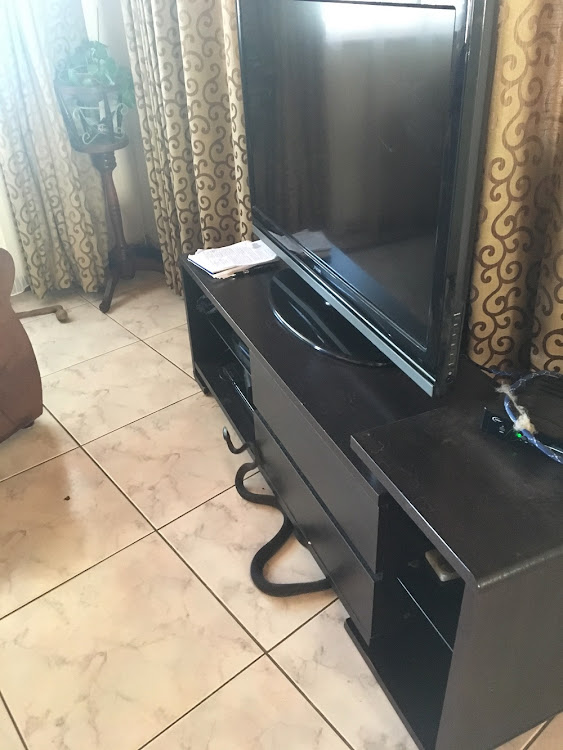 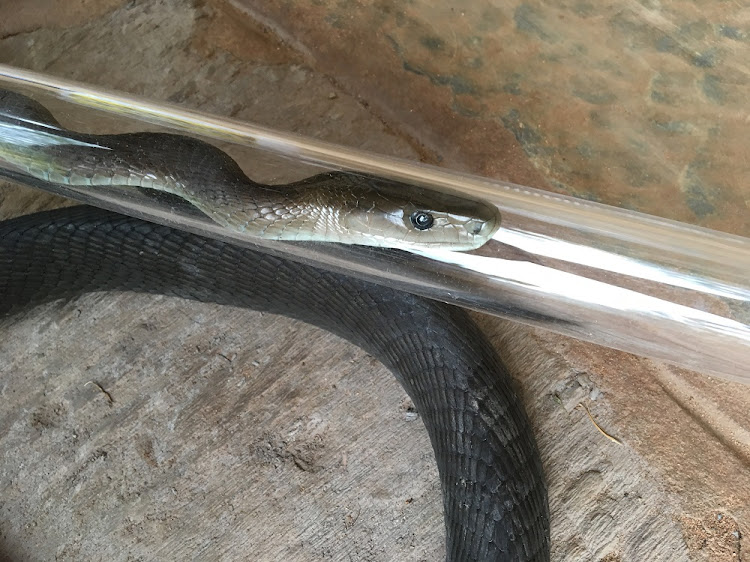 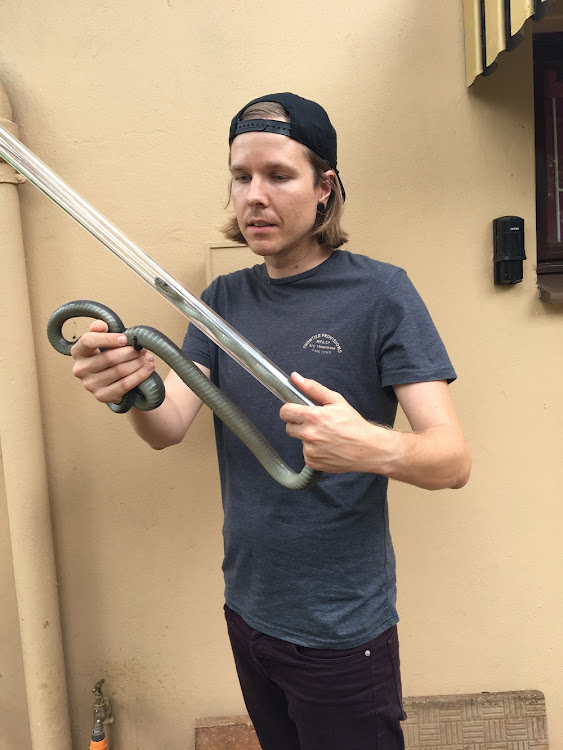 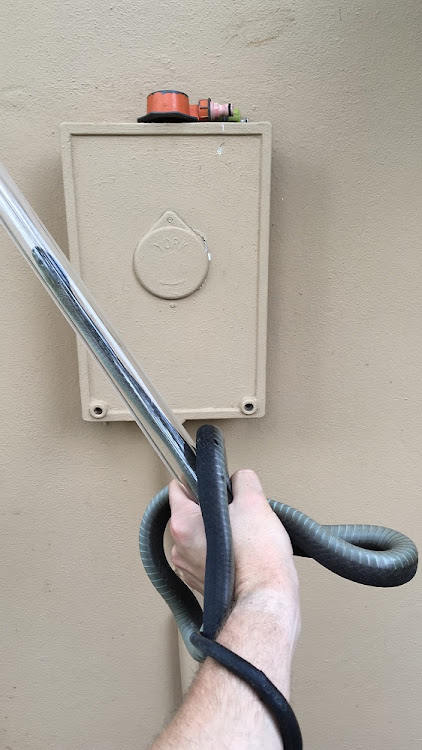 Durban pensioner Charmaine Fareed could think of only one thing when she spotted a deadly 1.62 meter black mamba under her television cabinet – run for your life.

Fareed’s attention was drawn to the highly-venomous snake after her dog started barking loudly on Saturday. She immediately alerted her neighbours in the suburb of Reservoir hills‚ who quickly summoned snake catcher Tyrone Ping.

"Finding mambas like this is not common as they are shy snakes and can get close to two metres in the first year of their lives‚" said Ping.

He said mambas were “quite common” in the outer lying areas of Durban such as Westville‚ Reservoir Hills‚ Queensburgh and parts of the north coast.

He said black mambas were considered to be one of the most dangerous snakes in Africa.

“They are fast and often very nervous snakes that react to any quick movements when you corner them.

“They often get away and flee when given the chance.”

He warned that when cornered the snakes would “not hesitate to strike out and bite readily - as a defensive measure”.

“I want to specify that black mambas won’t attack people but will bite in an attempt to defend themselves from a threat if they can’t escape a situation.”

Ping released the snake on Sunday morning‚ “not too far from where it was caught‚ but far enough away from any of the houses”.