Dudu Myeni must keep away from SAA‚ says DA 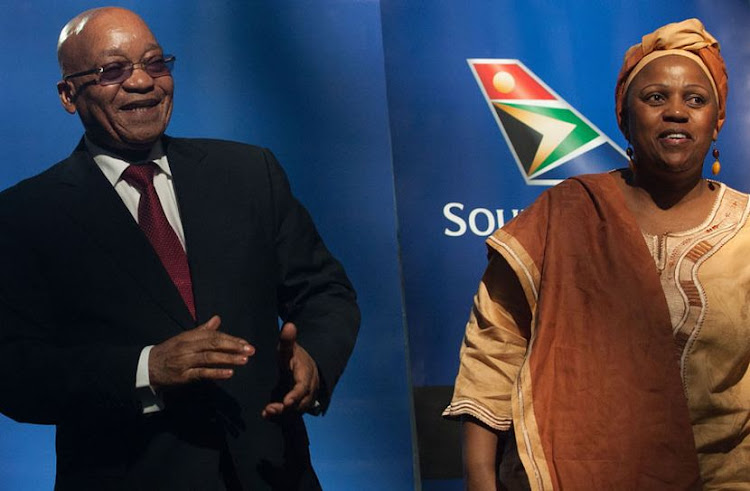 The Democratic Alliance says it finds it incomprehensible that the hard-won steps towards saving SAA can be so recklessly undermined by the proposal to move the embattled airline from the finance ministry to the transport ministry‚ a ministry that has “so fouled up the e-toll saga”.

What makes such a proposal even worse‚ the party says‚ is the news that “disgraced” former SAA chairperson Dudu Myeni has been appointed as a “special” advisor to Transport Minister Joe Maswanganyi‚ a close ally of President Jacob Zuma.

“Despite any rules that may preclude her from interfering in SAA affairs‚ Ms Myeni will likely ignore these and meddle in the affairs of the airline‚” said DA deputy spokesman on finance Alf Lees.

It revealed that Myeni‚ a close friend of President Jacob Zuma‚ has been brought in from the cold.
News
4 years ago

“The DA will now write to all South African banks that are owed the R13.8-billion guaranteed by the poor people of South Africa. We will request that they immediately inform Finance Minister Malusi Gigaba‚ that they will recall their loans to SAA with immediate effect should the proposal to move SAA away from National Treasury be effected and if there is any pressure put on the SAA board and CEO to run the airline as anything but a commercial enterprise‚” Lees stated.

He added: “Given the mess that SAA has become under the “rule” of Myeni‚ she surely must be ranked as the most unsuitable person to appoint as an aviation advisor.”