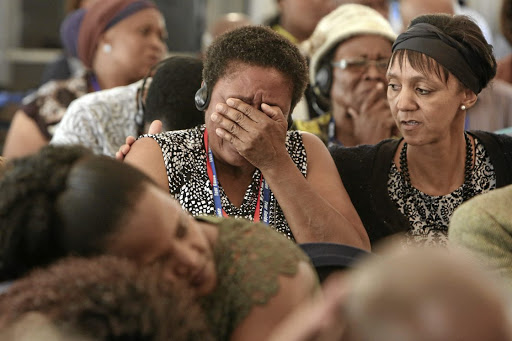 Family members become emotional as the admin officer of the Mamelodi Hospital Mortuary, Daniel Buda, describes the condition of a body during the Life Esidimeni hearings in Parktown, Johannesburg.
Image: ALAISTER RUSSELL

Relatives of a mentally ill patient, who died at an NGO in Pretoria after being transferred from Life Esidimeni, broke down as they heard details of the state of his body when it arrived at a mortuary.

Daniel Buda, an administration officer at the Mamelodi Hospital, said Joseph Gumede's body arrived at the morgue on August 16 2016.

Buda said he received a call from the Cullinan mortuary requesting that he accommodate a body. He said he had already knocked off when the body arrived.

When he got to work the next morning, he received complaints about a smell from the mortuary and, upon checking, he found Gumede's body was rotting. 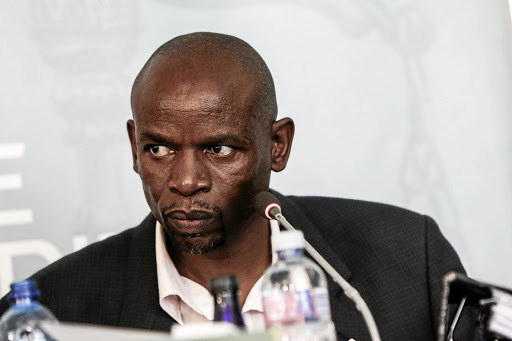 "The body looked old. On the side there were water droplets and it had the smell," Buda said.

"When the body was returned and collected by the family, it looked really bad. The liquids in the body were no longer there. It was just the skin and bones."

The Life Esidimeni arbitration hearings yesterday also heard that the government would have paid more than R320-million for 143 patients.

This was contained in a report by expert actuary Gregory Whittaker, who was asked to calculate the value of the subsidy that the department would have paid to Life Esidimeni from April 2016 had the patients lived according to their life expectancies.

Whittaker said with a life expectancy of 21.2 additional years, the Gauteng department of health would have paid R2251462 for each patient. The department paid R320 per person per day to stay at Life Esidimeni.