Read Manamela's thesis: it's all about caring #Esidimeni 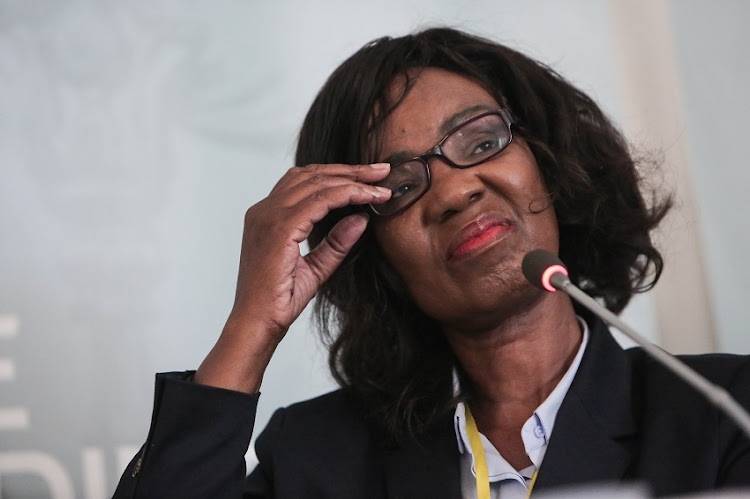 But if there is one thing her PhD thesis in psychiatric nursing‚ awarded in 2005‚ makes clear is that she knows nurses need to be "caring"‚ attentive to patients' mental health needs and respectful of their "dignity". Manamela‚ one of the three leaders in the Life Esidimeni tragedy in which 143 mentally ill patients died‚ was told during her testimony that perhaps she didn't care about patient rights.

She has spent four days in the past week at the arbitration hearings‚ explaining her role in the decision to shut Life Esidimeni homes‚ which eventually led to 143 deaths.

Manamela's PhD thesis in psychiatric nursing was awarded by the University of Johannesburg in 2005. Her thesis examines nurses' attitudes to Aids patients before antiretroviral treatment was widely available in government hospitals. At the time of her PhD‚ Aids was a death sentence. Manamele found that nurses working with these patients felt burned out and overworked‚ they lacked compassion and in some cases blamed Aids sufferers for their disease.

In her thesis‚ Manamela acknowledges the importance of nurses being caring. For example‚ she notes: “Leininger in (Green-Edelstein‚ 1986: 9) states that caring is the most unifying‚ dominant and central intellectual and practical focus of nursing.”

Five times Makgabo Manamela was schooled at the Esidimeni hearings

Makgabo Manamela was described in her four days on the stand by advocates as being "evasive".
News
4 years ago

On day two of her testimony‚ Hearing Judge Dikgang Moseneke suggested Manamela didn't care about people when she signed licences for ill-equipped‚ unskilled NGOs to look after profoundly mentally ill patients. He said: “Maybe you didn’t care‚ you signed whatever you signed‚ you forget it was about people who had blood and flesh.”

When asked during the hearing by Section 27 advocate Adila Hassim about her profession as a nurse‚ Manamela raised her voice and said‚ “I am here as the director [of the Gauteng mental health marathon project] not as a nurse.” She expressed frustration when reminded of what nursing stood for.

Here are some areas in her thesis where she speaks of nurses' duties to look after patients. The following quotes are literal - mistakes and all.

• “Patient participants felt that they were left alone to die. Nurses failed to realise the need for the patients’ mental well-being. They saw themselves as the bearers of the nursing procedures and nothing more."

• “Patients expected support from nurses. If the patients are supported their anxiety‚ hopelessness and depression would be reduced.”

• “Psychiatric nursing considers the mental health as the cornerstone of its practice. The practice requires that in every encounter with the patient the aim should be to promote mental health.”

• “Nurses violated patients’ dignity by scolding and insulting them. The violation of a person’s dignity may have an impact on their self-image‚ have such significant‚ pervasive‚ long lasting effects that may represent a pathogenic force that destroys individuallity and also the collective well-being as effectivelly as a virus or bacteria”.

Makgabo Manamela said her life could be in danger.
News
4 years ago

There are amusing sentences in the thesis‚ such as Manamela's decision to define time: “The patient-participants remarked that nurses had no time for them. Time is something that is measured in minutes‚ hours and years using a clock (Longman Dictionary‚ 1995:1513).”

The doctoral thesis is filled with poor grammar and has some sentences that do not make sense.

In one instance‚ she speaks of nurses scolding patients. The sentence reads: “This is humiliation of the human dignity.”

Another poorly constructed sentence‚ that suggests nurses she interviewed were given counselling‚ is: “Nurses often needed emotional support immediately and that was only offered later and telephonically which cannot be guaranteed.” [sic]

Moseneke to Manamela on Esidimeni: ‘You don't get it’

Justice Dikgang Moseneke spent Makgabo Manamela’s fourth day on the stand trying to get her to realise the fatal consequences of her actions‚ ...
News
4 years ago

In short‚ her thesis proposes a model where nurses show more support for dying Aids patients. Her work also acknowledges that Aids patients may suffer from depression and need support for their mental health.

In a separate research report‚ submitted as part of her Master's thesis in Public Health awarded by the University of the Witwatersrand in 2011‚ she acknowledges the importance of the Gauteng Department of Health staff doing their jobs.

In her introduction to the thesis‚ Utilisation of Employee Wellness Program by the staff members at Natalspruit Hospital‚ she wrote: "[The] Gauteng Department of Health has a vision statement that emphasis “Health for a better life". The department strives to maintain highest possible quality care to accomplish this vision. This can only be achieved through commitment of staff members in the department.” [sic] Read her two theses at these links: