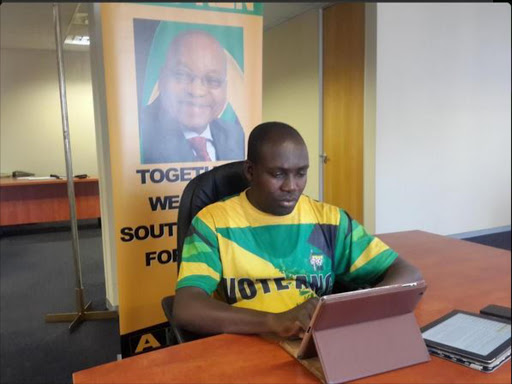 Police must not die with guns in their hands or at the hands of criminals. Instead they must fight fire with fire.

That’s the strong message from KwaZulu-Natal transport‚ community safety and liaison MEC Mxolisi Kaunda to law enforcement agencies ahead of the festive season.

He was presenting an ambitious plan which will be rolled out during the festive season to fight crime and road accidents at the Westville Prison on Wednesday.

Kaunda said he was not encouraging the men and women in blue to be trigger-happy or to abuse their power‚ “but all we are saying: refuse to die in the hands of criminals”.

“I know there is also the Independent Police Investigative Directorate here today but I wish to reiterate in their presence that police must not die with guns in their hands‚” he said.

“When suspects refuse to surrender‚ but opt for open fire against our police members‚ the police in return naturally have to protect their lives and those of innocent civilians.”

More than 27‚000 personnel from the integrated law enforcement agencies will be deployed in the province during the festive season. The plan will‚ among other things‚ focus mainly on aggravated armed robberies‚ crime involving firearms‚ liquor and second-hand goods‚ crime against women and children and people with disabilities‚ enforcement of by-laws‚ road safety and border security.

Kaunda said he did not want police officers to be boardroom-bound but wanted them on the ground conducting patrols 24 hours around the clock to ensure the safety of the communities.

He also urged the men and women in blue to refuse to be labelled as “abafana baka drink” — which refers to accepting bribes for a “cool drink”.

Ipid and SAPS have struck a deal‚ barring SAPS from investigating the police watchdog’s three investigators.
News
4 years ago

“A true police officer‚ worth their salt and uniform‚ must serve with dignity and commitment to our country and its people‚” he said.

Turning to traffic enforcement‚ Kaunda said during the festive season traffic officers will be barred from spending hours in malls and on social media during working hours.

He said no vehicle must escape without being stopped and checked and all drivers must be tested for alcohol. He also called for roadblocks across the province and sustained operations in accident and crash hotspots.

About 14‚000 people die on SA roads annually and for a number of years KwaZulu-Natal has accounted for the biggest number of road deaths in the country‚ especially during the Easter and festive season holiday periods.

“We want to use this day to tighten our plans and strategies to ensure that all citizens at home‚ in their townships and villages‚ in the towns and cities‚ on the road‚ as well as various gatherings and events are safe during the festive season and beyond‚” said Kaunda.

“It is our considered view that we must mount a collective battle and be united in the fight against all forms of crime which terrorise our communities.”