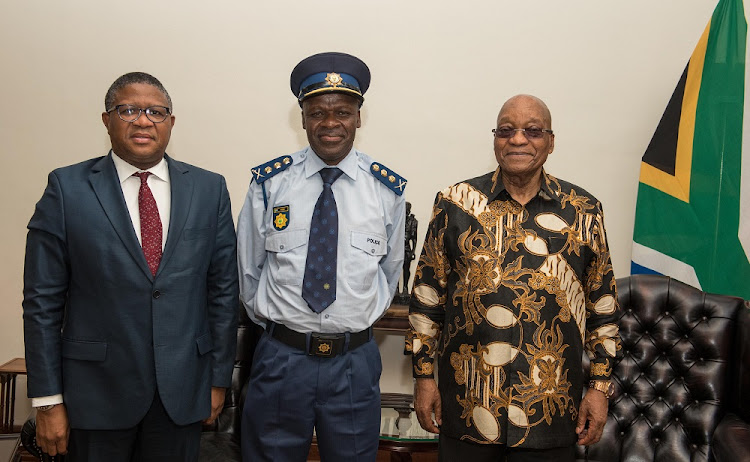 Working police officers‚ sounding shell-shocked after a number of new bosses‚ are taking a wait-and-see approach to the latest national police commissioner.

General Khehla John Sitole‚ named to the post last night‚ is the sixth person at the helm in recent years.

Previous SAPS commissioners have misfired - with incumbents accused of wrongdoing and a number of acting commissioners who have taken charge only to be removed amid various allegations against them. Here is a snapshot:

- Jackie Selebi‚ national police commissioner from 2000 to 2009‚ had close ties to Glenn Agliotti‚ accused of involvement in the murder of Brett Kebble. He was charged with corruption‚ fraud and racketeering and found guilty in 2010.

- Cele was followed by Riah Phiyega until she was suspended in October 2015. Phiyega faced criticism for her handling of the Marikana massacre. A commission of inquiry looked at Phiyega's fitness to hold the office. She was suspended in 2015.

- Phiyega was followed by Khomotso Phahlane until his suspension in June over allegations of corruption including a probe into his R8-million house and his fleet of cars.

- Phahlane was replaced in June this year by Lt Gen Lesetja Mothiba. He was criticised for allegedly appointing the acting head of crime intelligence without a valid security clearance certificate and for failing to suspend a seemingly “untouchable” senior official accused of fraud.

On Thursday‚ the Police and Prisons Civil Rights Union (Popcru) said it "noted the appointment" of Gen Sitole.

"Over the years‚ we have witnessed a lot of inconsistencies that have taken place on the very position of national police commissioner‚ considering the many changes that have taken place therein since our democratic breakthrough. This has had a negative impact on policing in our country and has surely delayed the much needed progress that could have otherwise been attained in our common goal of fighting crime and building sustainable relations with our communities.

"It can only be at such time when the newly appointed national police commissioner spells out his vision for the service that a determination can be made as to whether he would be the right person for taking the police forward or otherwise."

The Popcru statement added some of its wishes:

"As it stands‚ there are no approved national and provincial structures‚ and the South African Police Service (SAPS) is operating in silos. We would like to see police stations being capacitated and managerial positions being reduced.

"We are of the view that the SAPS needs to urgently review its entire organisational structure as it is currently bloated‚ and with a lot of duplicated positions. This state of affairs has continuously resulted in having many bosses with conflicting mandates and directives that have been a source of confusion and poor performance across the service.

"Crime does not happen at the national and provincial offices‚ which is where manpower is currently located. The SAPS needs to urgently streamline the structure in order to build production capacity at police stations with these senior generals who are currently in conflict over power due to the duplicated roles.

"Most significantly‚ the task of improving relations with communities remains sacrosanct to any future victories against criminal activities‚" the police union said.