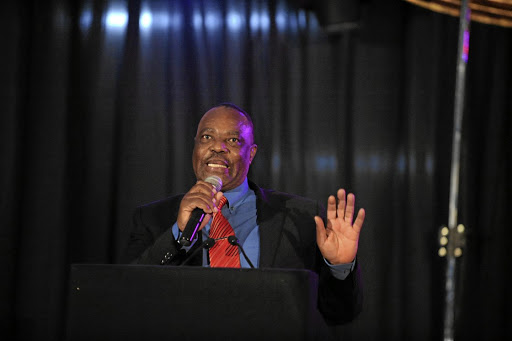 Disgraced former Emfuleni mayor Simon Mofokeng allegedly sent an unsolicited picture of his private parts to a teenager he is accused of grooming sexually.

This explicit detail is contained in a police report on the inquiry over allegations that Mofokeng preyed on the teenager from Sebokeng, south of Johannesburg.

The report, which Sowetan has seen, was signed by Gauteng police commissioner Deliwe de Lange on Monday and details how Mofokeng allegedly bought the 15-year-old data, airtime and even called her "baby" in text messages.

The report also details how the 59-year-old former mayor who quit this week, asked to "hook up" - meaning meet the minor at a private place.

"She asked him if this meant that they will be having sex, he said no, he just wanted to make her happy," the report reads.

The ANC Gauteng has welcomed the resignation of Emfuleni Mayor Simon Mofokeng.
News
4 years ago

It further states that at first the pair sent each other normal pictures but later Mofokeng sent an image of his private parts to the victim.

The report further alleges that Mofokeng told the teen that someone had taken his cellphone and saw the pictures she had sent him. Mofokeng allegedly instructed her to deny having sent pictures to him if anybody questioned her.

"Both cellphones of the victim and the alleged suspect and the laptop have been taken to the DPCI (Hawks) for downloading," the report reads. Despite this information, police have yet to lay a formal charge against Mofokeng.

"A criminal case has not yet been registered as investigators are still searching for potential evidence relating to sexual grooming to establish a criminal intent. Once all the evidence is available, a case will be registered and normal processes of investigation will continue," Dlamini said.

The girl's father said: "My daughter is fine, but I'm reluctant to discuss any details of the case because nothing concrete has been communicated with us."

Mofokeng is expected to appear in the Vanderbijlpark Magistrate's Court next Tuesday, November 28, to hear if an interim protection order against him not to contact the girl will be finalised.

The DA's MPL Kingsol Chabalala said police should speed up investigations as this was a matter of urgency.