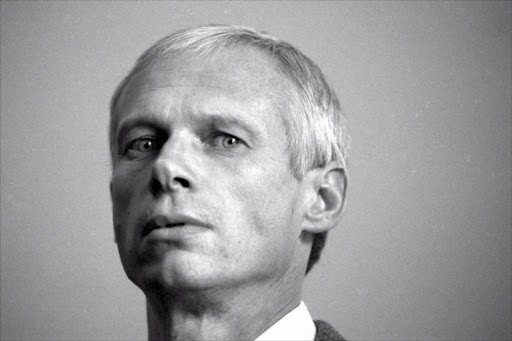 “I have decided that the placement of the offender on parole is not advisable at this stage and his application is therefore not approved‚” Masutha said at a media briefing in Pretoria.

The Polish immigrant and extreme anti-communist Walus and right-wing politician Clive Derby-Lewis were sentenced to death for the murder of Hani outside his home in Boksburg on April 10 1993.

Walus fired the fatal shots and Derby-Lewis provided the gun.

The sentences were commuted to life. Derby-Lewis was granted medical parole on May 15 2015 after being diagnosed with terminal lung cancer.

Masutha turned down Walus’s application for parole in April 2015.

But Walus‚ who is serving time in the Kgosi Mampuru II prison in Pretoria‚ secured a court order for his release on parole in the High Court in Pretoria last year when he asked the court to review Masutha’s decision to refuse his parole application.

Judge Nicolene Janse van Nieuwenhuizen ordered that he be released within 14 days of the order but his release was placed on hold by Masutha’s application.

On appeal‚ the Supreme Court of Appeal in August set aside the High Court’s decision and said the matter should be remitted to the minister for a fresh decision regarding whether Walus should be placed on parole‚ taking into account a victim impact statement from Hani’s widow‚ Limpho‚ dated 30 October 2013 and Walus’s response‚ if any.

A victim impact statement submitted by the SA Communist Party leader’s widow to the parole board during an earlier process was among the factors dealt with by the SCA.

Hani said Walus was withholding the full truth about the murder. She said there were other conspirators in her husband’s murder and that Walus retained this information.

Derby-Lewis‚ 80‚ who had been diagnosed with stage four cancer‚ died in November last year. He had been released on medical parole the previous year after serving 20 years in prison.