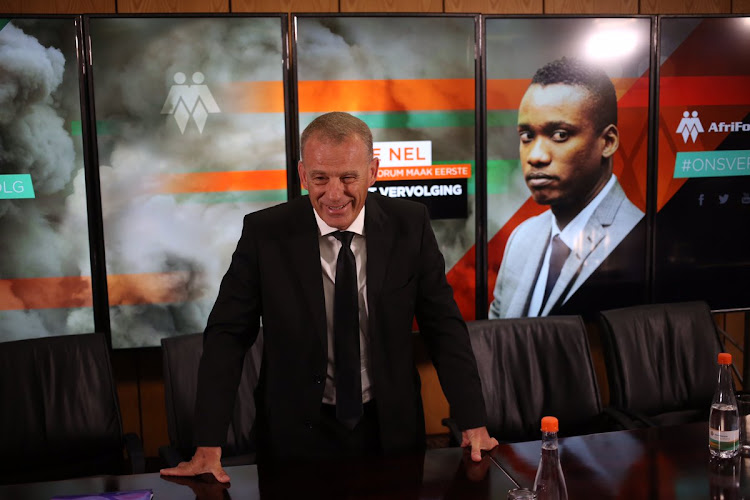 Top gun Gerrie Nel‚ now working as a private prosecutor for a civil rights group‚ is aiming at a close associate of “Number One“.

In a short advisory on Wednesday‚ the advocate and AfriForum announced they will “tomorrow make an announcement about the private prosecution of a very prominent person in President Jacob Zuma’s inner circle“.

No further details were disclosed.

Last month‚ Nel revealed that‚ based on the leaked e-mails and information obtained from those with knowledge of the accident‚ including lawyers involved at the time‚ he would be pursuing a private prosecution against Zuma’s son‚ Duduzane.

Duduzane Zuma to be pursued by Gerrie Nel

President Jacob Zuma’s son Duduzane could be hauled before the courts to face a criminal charge of culpable homicide.Civil rights group AfriForum on ...
News
4 years ago

Three years ago Duduzane Zuma crashed his Porsche into the taxi transporting Phumzile Dube on the M1 in Johannesburg. Despite recommendations from inquest magistrate Lalitha Chetty that Zuma be prosecuted‚ the National Prosecuting Authority (NPA) declined to do so.

Nel also announced earlier this year that he would assist a Johannesburg model who accused Zimbabwe first lady Grace Mugabe of assault.

Gabriella Engels and her family are hoping Grace will still face the music: Nel and AfriForum are helping Engels with a legal application to set aside the diplomatic immunity order. If the review application is successful‚ it will allow the National Prosecuting Authority to prosecute Grace. If the NPA refused to prosecute‚ AfriForum’s private prosecuting unit‚ led by Nel‚ could prosecute her.