Zuma says if he is corrupt, state capture inquiry will find out 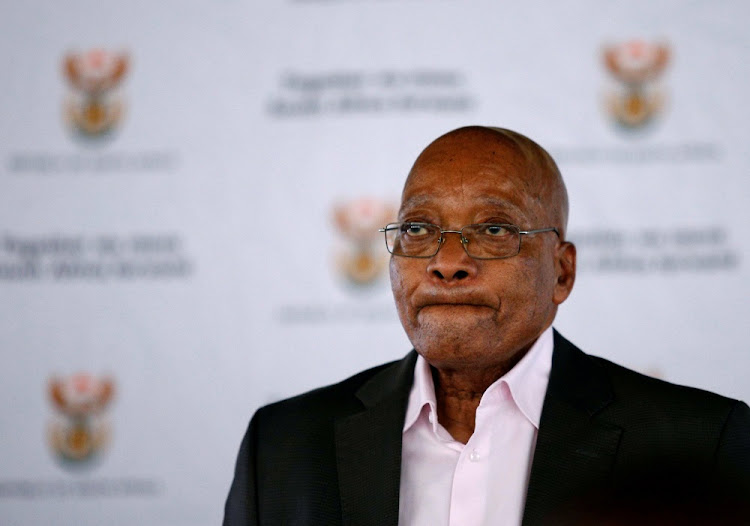 President Jacob Zuma says that if he is corrupt, the judicial commission of inquiry into state capture will find out.
Image: REUTERS/Rogan Ward

“If Zuma is corrupt, it is going to be found by this commission.”

That is what President Jacob Zuma said on Monday night during an hour-long interview with Sifiso Mahlangu on Straight Talk on ANN7 television channel.

He was speaking about the judicial commission of inquiry that would investigate state capture, but added the inquiry could also scrutinise white-collar crime and big business.

“It is going to go wherever people can say, ‘there is corruption here’.”

He said one of the challenges the inquiry would face was to define what state capture was.

“I am sure I will be very keen to know.”

The High Court in Pretoria will on Tuesday hear an application by President Jacob Zuma to set aside the remedial action by former public protector ...
News
3 years ago

Zuma said he believed the term entailed that the executive, the legislative and judiciary arms of government had been captured. He hinted that the term had been used as a “fake political” smear campaign against a “particular family (the Guptas) and a particular few individuals”.

“You have [the] kind of stories that at times are repeated and repeated [and] they look like they are true. Why? I am sure one day we will know. I am going to establish a judicial commission of inquiry and it is going to investigate this.”

Zuma said it was not a “secret” that former colonial countries used and recruited local citizens to undermine local governments for their personal interests.

“They buy them, they recruit them, they use them to undertake their own. They would also want to choose the people who they would want to lead the country who might agree to their policies.”

Zuma said foreign countries were meddling in South African politics because they deemed him their enemy.

“If you grow your economy, then you become stronger. You can resist many other things, so they would want you to be weaker all the time.”

Jacob Zuma has committed to set up a commission of inquiry into state capture.
News
3 years ago

Zuma expressed his support for the term “white monopoly capital”, because white people “took everything” including political and economic power. He said the term was not meant to be an insult, but an explanation of the economy.

“I don’t know why there is a debate, in fact ... In all other countries they’ve got monopolies. It doesn’t have colour as such, but here, because of our history, it does have a colour. It is white.”

Zuma said if the issue of land was not resolved it could be a “time bomb” down the line. He said the willing-buyer, willing-seller principle had failed to transform land ownership, because it was dependent on individuals who wanted to sell their land. He said inequality and poverty among black people sprouted from not owning land.

“We are not saying ‘let us take the land from those who possess it’, but we are saying ‘we can’t have people who own all the land’.”

Zuma alleged he recently survived an assassination attempt after he was poisoned.

“It was indeed quite a strong poison and I did go through quite a challenging time.”

Zuma did not say when the poisoning had happened.