KZN matrics under police guard as they write their exams 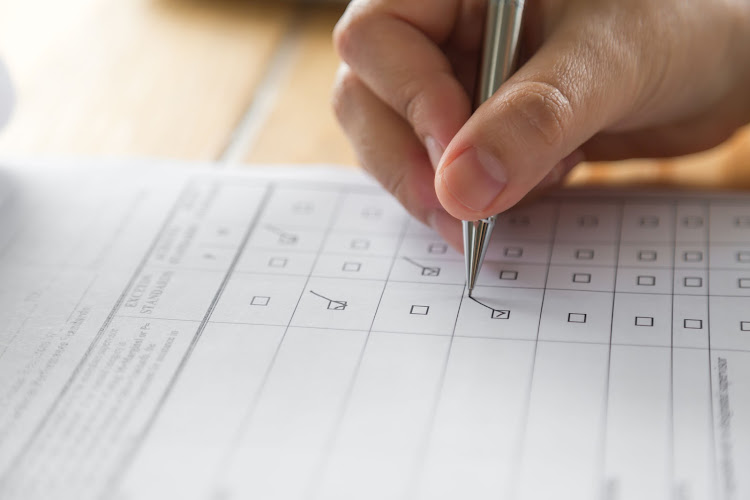 Matric pupils at a rural KwaZulu-Natal school are writing their exams under police guard due to faction fighting which has resulted in at least one of the learners being hospitalised after a brutal assault.

A Grade 12 learner at Mbuyiselo High School‚ in the Eziyendane area near Mandini on the KZN north coast‚ was severely assaulted by other learners from a rival village. He was reportedly ambushed while on his way home on Saturday.

The learner‚ Scelo Mkhwanazi‚ has been described by Mbuyiselo high principal Gabriel Mkhwanazi as one of his class’s brightest stars and a young man who carried the hopes of the school on his shoulders as he was expected to bag a number of A’s.

On Wednesday‚ KwaZulu-Natal education officials were dispatched to the school by provincial education MEC Mthandeni Dlungwana to establish the exact source of the problem and to ensure that learners who writing exams were protected.

Matric learners are now writing under police guard while final year exams for other grades have been postponed due to the volatile situation.

Faction fighting between two villages in the area‚ which is on and off‚ is said to have started in 2015 but it is not clear what it was all about. Learners claim that fights are sparked by stick fighting during traditional ceremonies on weekends and those who lose then take the fights to school.

One learner told a daily Durban Zulu newspaper that since the latest outbreak of fighting they now go to school carrying an assortment of weapons‚ such as bush knives and axes‚ to protect themselves from possible attacks.

DA provincial leader Zwakele Mncwango‚ who also visited the school this week‚ said his party took the situation very seriously and said he will make a follow-up visit to ensure that learning and exams continued as planned.

“We condemn this violence and hope that security enforcement puts an end to this irresponsible behaviour‚” said Mncwango.

He said he was happy with the outcome of the meeting with education officials‚ who came up with a resolution of calling a meeting with local izinduna [headmen]‚ the school governing body and other stakeholders.

The DA also wished a speedy recovery to the learner‚ who is recuperating in a Durban hospital.

KZN education spokesman Kwazi Mthethwa said deputy director general for curriculum development Barney Mthembu was dispatched to the school. “We found that faction fights were affecting the area. It’s a societal matter that needs all members of the community to come on board to deal with it‚ including the police‚” he said.

He said the principal’s decision to postpone the non-matric exams was based on the volatile situation which had resulted in a high level of absenteeism because learners were scared to come to school for fear they might be attacked.

“He asked for police intervention because it was beyond his control. The principal can only control what is happening within the school premises. The learners will continue with exams under the watchful eye of the police who are monitoring the situation‚” said Mthethwa.

He said the department will write to exams oversight body Umalusi to consider that learners at the school wrote under abnormal circumstances.