Gauteng budget: here’s your chance to say how it should be spent

Gauteng residents have shared their views on what they expect from their government ahead of the tabling of the provincial mid-term budget policy statement by finance MEC Barbara Creecy.

She will table her statement on November 16 and has called for input from residents on what the spending priorities in the province should be.

Read below to see what some people in Gauteng said, then click on the following link to complete a quick survey where you can provide your input:

You can also send more budget ideas to the MEC on Twitter at @BarbaraCreecyGP using the hashtag #GPMTBPS.

Bodli Mbongwe, 37, is a taxi driver based in Soweto. The single father of one said the government should focus on investing money in industries that will create jobs because he ferries more people who are out of work than those who are employed.

“The short-distance taxi industry functions profitably when many commuters are employed, which is currently not the case. Most of the commuters are unemployed. The government should create manufacturing plants.

“I think the provincial government should set aside funds for us to have a conference where we will discuss how the government should save money. However, I think coming up with projects that make the lives of people easier – like the building of clinics, hospitals and houses, especially for the poor – is convenient for the province and saves citizens money in the long run.

Daniel Makola, 46, lives in Tembisa in Ekurhuleni and makes a living as a tutor at a tertiary institution in Diepkloof, Soweto. He believes the government should prioritise social activities, especially education.

“We are facing a high unemployment rate and the government cannot create jobs only to find that people are not educated. They need to prioritise education in their provincial budget so that our communities are skilled and they can be part of the mainstream of the economy,” said the married father of two.

To save money, he said, the government should cut down on spending.

“The government needs to prioritise its economic activities because many people are experiencing a challenge in service delivery. There is a lack of housing and adequate infrastructure, and water and electricity are giving us problems these days. The provincial government should take funds from its budget to fix those problems.” 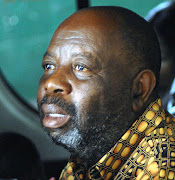 Pensioner and single father of four Daniel Ditshego, 60, lives in Vosloorus, a township in Ekurhuleni. He believes the government should invest more money in tertiary education.

“The reason for this is that the government provides free education to children in primary and high schools. However, when they finish grade 12, they struggle to further their studies due to funding problems.

“I also believe the government could save a lot of money by investing in institutions that will focus on nipping corruption in the bud, because we can see many things are not going well in service delivery as money is being wasted on unnecessary things,” he said.

“You would find a situation where money is spent on projects that do not exist and this poses a problem because the administration will end up bankrupt.”

Zukile Dyantyi, 34, is a single father who lives in Germiston, Ekurhuleni, and is a technical engineer.

He said the budget should not be centred on the wishes of the ruling party but rather reflect the dreams and aspirations of the public.

“Those in government do not listen to members of the public. The government knows there are students who have junior degrees and are failing to get jobs. Our officials are doing little to help create employment,” he said.

He said a large chunk of the budget should be channelled towards creating manufacturing and engineering jobs.

“You will hear experts saying the country is running short of engineers. However, we have lots of students studying to be engineers and some of them are doing in-service training at companies,” he said.

He added that the government should clamp down on corruption and create industries that will generate an income for the country.

“For an entrepreneur to get work from a government department, you must know a government official who will secure you the contract, which is wrong,” he said.

“If the provincial government creates manufacturing parastatals and stops relying heavily on service providers, I doubt there would be a problem of poverty or unemployment.”

Nobuhle Mabasa, 51, who is from Kagiso in the West Rand, works as a cashier for a retail store.

The married mother of two said the government should channel its budget into investigating why retail stores are paying their shop-floor employees peanuts.

“With my current salary, I am unable to afford to buy a house and I have been waiting for an RDP house for a long time,” she said.

Mabasa said the government could only save money if it put in place measures to prevent wasting funds.

Pensioner Anton Kutulwane, 65, lives in Meyerton in the Vaal. He believes the Gauteng government should spend its money on beefing up on policing as there is a high crime rate in the area and some “entrepreneurs” have invaded his land.

“The ‘entrepreneurs’ have built shacks in my yard. They don’t pay me rent and they do as they please,” he said. “I have a plan to build on that land, but now the land invaders are preventing me from doing so.”

He said the government could save money by creating jobs and building more houses for the people.

“A lot of people in this community are thugs just because they are unemployed and cannot afford basic necessities,” he said. “If the government could build more RDP houses and find a way of assisting the private sector to create jobs, crime would go down.”

Happy Sithole, 33, is a single mother of three who stays in Mzimhlophe, Soweto, and works as a cashier.

She said the government did try to make the lives of citizens better. She said it should build more RDP houses because many people are hooked on drugs as they don’t have anywhere to stay and work.

“The government should also provide funds to tertiary students whose parents are unable to afford fees. They should save money so that they can provide relief to the unemployed. They should also come up with decent job opportunities so that people can live healthy lives. If jobs are created, the crime rate could drop,” she said.

Toka Tsebe, 20, a tertiary student studying in Pretoria, is single and does not have a child.

“Our provincial government should come up with a budget that will show that the state listens to what the people are saying,” he said. “The thing with our government is that it does not take people seriously. The government should offer us proper services by increasing the number of public servants, like teachers, nurses and police, who should be at work on time and provide the best possible service.

“The government should also pump more money into immigration services and clamp down on illegal immigrants, especially those who are engaging in illegal activities like selling drugs,” he said.

“The provincial government can only save money if it finds a way to invest more money into students, because we need to build the economy. The more we get educated is the more we will be able to grow businesses and jobs in our country.”

This article was paid for by the Gauteng Treasury.