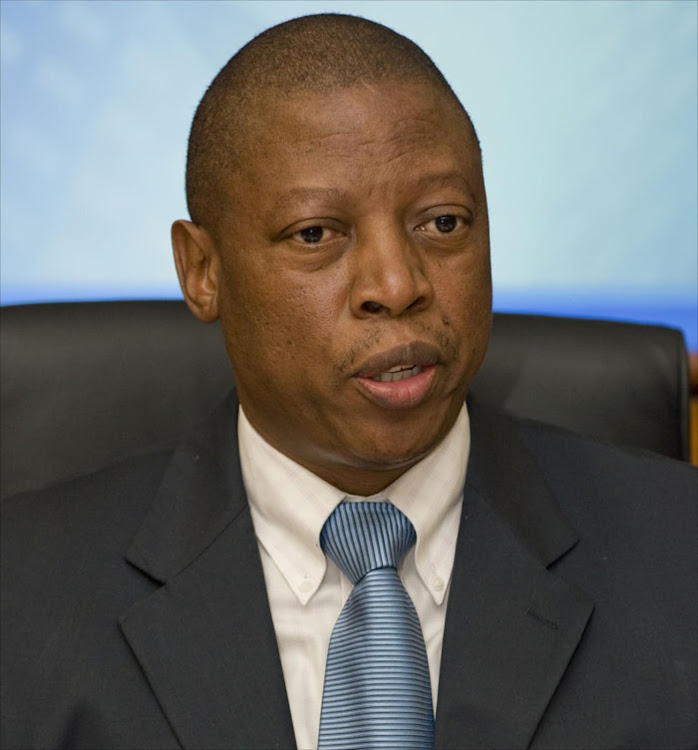 Eskom’s finance director raised her concerns about two Gupta-linked contracts‚ one of which could have cost Eskom up to half a billion rand‚ before they were signed but these concerns were pushed aside by Eskom leadership.

Tsholofelo Molefe testified in Parliament’s inquiry into state capture at Eskom about her concerns around two contracts that then-acting CEO Collin Matjila signed with Regiment Capital and with newspaper The New Age for the New Age breakfast shows.

The Regiment Capital contract was to provide a financial sustainability plan which Matjila insisted needed to be treated as urgent because it needed to be presented to the Public Enterprises minister in June 2014.

Molefe said she prepared a plan in March 2014 but Tsotsi said it was not robust enough. He knew a company that would be able to assist with balance sheet optimisation and had done similar work with Transnet and SAA.

Also feel like giving the Guptas the finger? Here’s how

Two complete strangers have banded together to help the man behind the ingenious plan to execute a series of trades in Oakbay shares which when ...
News
4 years ago

After the meeting‚ Molefe told Matjila they would need to follow procurement processes on the matter.“Unfortunately‚ he said ‘we are not going to do that’.”

Molefe said he indicated it was an emergency and emergency procurement processes would be used. “He said to me ‘you seem uncomfortable with the agreement so I’ll sign the agreement myself’.”

Molefe said that Regiment had not provided their proposal as requested within five days‚ and instead took 14 days to send through a draft agreement.

This however meant that the contract could not be classified as an emergency. Molefe says she wrote to Matjila and copied in the head of the legal department‚ outlining this.

The Democratic Alliance says it plans to write to the Governor of the Reserve Bank of India.
News
4 years ago

“Matshila called me and reprimanded me for putting such messages on email‚” she said. She said Tsotsi had also indicated that “we don’t have time to waste on long procurement processes”.

Molefe said she had also expressed concerns about the cost structures set out in the agreement. She said the fees were devised on an escalating scale based on how much money Regiment could save Eskom. Regiment claimed they could save R10 billion‚ at a fee of 250 basis points. “That’s close to around R500 million‚ according to my calculations.”

“The chairman of the board wasn’t happy with me and said heads are going to roll if the minister does not get the plan by June.” In the end‚ the board never authorised the agreement and a high-level desktop exercise was conducted instead at a cost of R800 000.

Molefe said she had approached Eskom’s legal counsel‚ who had indicated that he was concerned about the contract because it did not contain an exit clause.

Molefe said the R43-million New Age contract had come at a time when Eskom only had a R12-million budget for sponsorships left. She made a decision that it should not go ahead but said “the next time I saw it was in an email as an already signed contract”.

The contract had been signed by Matjila. When she indicated that he did not have the delegation to sign the contract on his own and suggested they present it to the board to ratify it‚ he said no.

Molefe said she had approached Eskom’s legal counsel‚ who had indicated that he was concerned about the contract because it did not contain an exit clause. The issue was later picked up by Eskom’s external auditors‚ who said the item needed to be listed as a matter of emphasis on the financial statements.

Molefe said Tsotsi had called a board meeting to sign off on the financials but cancelled this meeting at the last minute‚ due to “pressure from outside”.

The board met without him and signed off on the results‚ but Molefe said due to an irregularity this was declared “null and void”. A second board meeting was then called in Tsotsi’s absence and the results signed off.

Molefe was suspended in March 2015 by the new board put in place in December 2014.

Peter Hain is expected to expose a UK bank linked to money laundering and the controversial Gupta family.
News
4 years ago

Call for shakeup at Eskom: 'It’s very stale. No one gets in or out'

Eskom insiders are praying that new board members will have the business acumen to turn the power utility around.
News
4 years ago

Multinational software company SAP is collaborating with American authorities responsible for enforcing the US Foreign Corrupt Practices Act after ...
News
4 years ago
Next Article