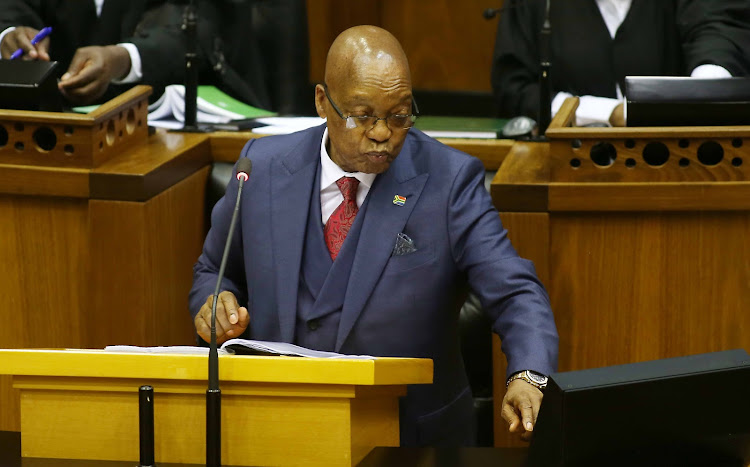 The South African Revenue Service (SARS) says it views the publication of confidential taxpayer information in Jacques Pauw’s book and the Sunday Times as unlawful and a criminal offence.

“Thus SARS is seeking legal advice on what steps to take‚ including but not limited to criminal and civil investigation against Mr Pauw and the Sunday Times into the circumstances pertaining to the unlawful disclosure of confidential taxpayer information.”

SARS was responding to a report published in the Sunday Times on Sunday. The report used an extract from Pauw’s new book‚ The President’s Keepers – Those keeping Zuma in power and out of prison.

SARS‚ in its reply to the report‚ said it was deeply concerned about the publication of confidential taxpayer information.

It said this was in contravention of the Tax Administration Act‚ which prohibits the disclosure of taxpayer information by a SARS official or former SARS official.

Disclosure was permitted only through an order of the high court.

“As a result‚ SARS is duty-bound to address the violation of the (Act) by Mr Jacques Pauw and the unsubstantiated allegation that Commissioner Tom Moyane is aiding President (Jacob) Zuma to avoid his tax obligations.”

SARS said the premise of the article hinged on the “predictable” narrative that the organisation could not fulfil its mandate since the appointment of Moyane because he was allegedly using his position to protect Zuma.

A self-confessed smuggler‚ fraudster and money launderer has emerged as a contributor to ANC presidential hopeful Nkosazana Dlamini-Zuma’s bid to ...
News
4 years ago

It dismissed the “irresponsible and mischievous” tone of the report which seeks to cast aspersions on the character of Commissioner Moyane”.

“The report perpetuates the unfounded narrative that he is involved in efforts to quash President Zuma’s tax liability. This narrative is untruthful‚ disingenuous and outrightly irresponsible.”

It said the allegations pertaining to Zuma’s tax affairs refer to events that occurred before Moyane assumed his current position.

In addition‚ SARS dismissed “with contempt” the allegation that officials who were allegedly administering Zuma’s tax affairs were purged from the organisation.

“We will wait for SARS to file its (legal) papers and we will respond‚” Siqoko said.

President Jacob Zuma has denied allegations contained in journalist Jacques Pauw’s new book that he has failed to submit his tax returns for a number ...
News
4 years ago
Next Article