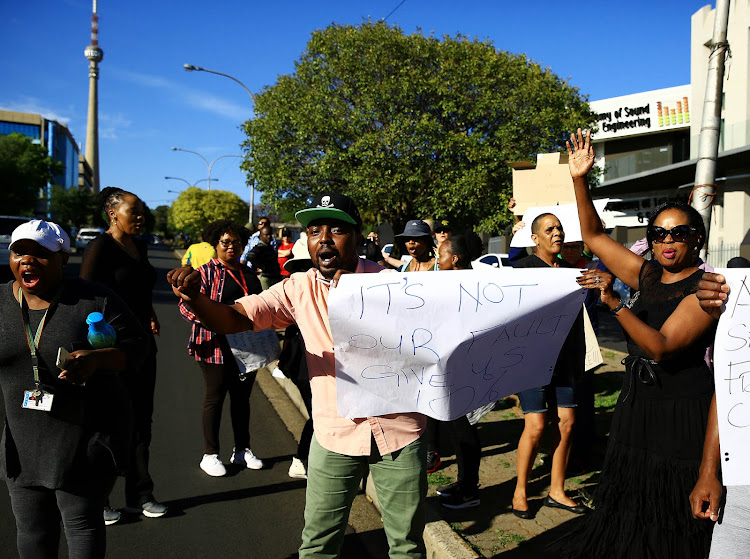 “We want to say that as SABC we want to commit to the public out there that our programmes will go on air as planned‚ both on radio and television‚” SABC spokesperson Kaizer Kganyago said.

The strike action by the Broadcasting‚ Electronic Media and Allied Workers Union (Bemawu) will go ahead as planned at the SABC‚ while negotiations continue between SABC management‚ the Communications Workers’ Union‚ and Bemawu.

Parties met on Wednesday in an effort to find common ground.

Bemawu said it has agreed to meet the SABC on Thursday morning to negotiate.

Unions are demanding a 10% salary increment.

Bemawu said the strike is not only about a salary increase.

“The strike is also about unresolved grievances‚ unprocedural restructuring‚ abuse by management‚ unilateral change to shift rosters‚ unilateral change to terms and conditions of employment‚ abuse of staff in that freelancers are working for years now without any medical aid‚ pension‚ leave‚ sick leave and other benefits. The strike is about the attitude of management in dealing with staff‚” the union said.

Kganyago said the public broadcaster met with the two unions.

“Management proposed we reopen negotiations and have a facilitator. After the meeting Bemawu went down to meet its members and then came back and said they are continuing with the strike‚” Kganyago told SABC news on Wednesday evening.

He said it was regrettable that Bemawu had decided to do go on strike‚ but said it was the union’s right.

Kganyago said the principle of no work‚ no pay would apply.