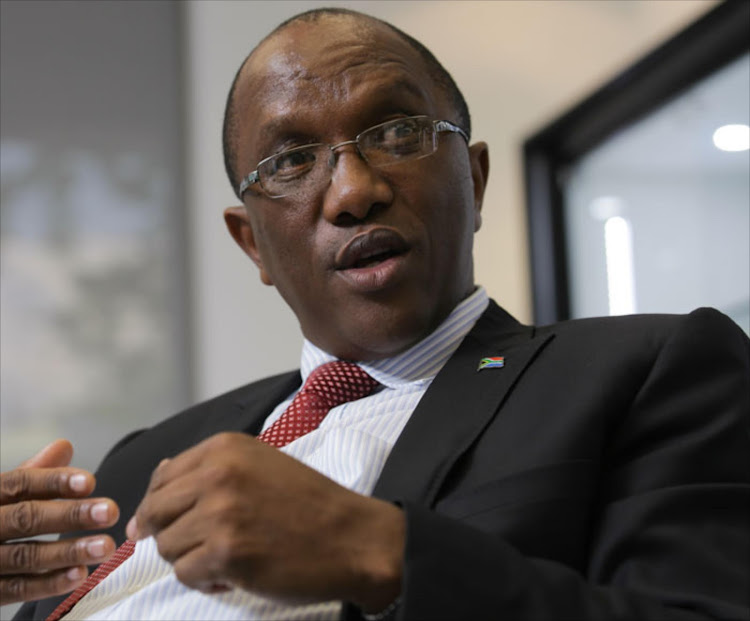 The auditor-general‚ Kimi Makwetu‚ releasing national and provincial audit results‚ on Wednesday revealed that his office was under pressure to quash negative outcomes.

Makwetu disclosed that the trend of contestation of his office’s audit findings continued and intensified in 2016-17‚ leading to the delay of some audits.

“It is acceptable for those we audit (auditees) to question and challenge the outcome of audits‚ based on evidence and solid accounting interpretations or legal grounds. We also acknowledge that many of the accounting and legal matters dealt with in the audits are complex and often open to interpretation‚” he said in a statement.

However‚ at some auditees‚ he said‚ “pressure is placed on his office’s audit teams to change conclusions purely to avoid negative audit outcomes or the disclosure of irregular expenditure – without sufficient grounds“.

Makwetu cautioned that: “As long as the political leadership‚ senior management and officials do not make accountability for transgressions a priority‚ irregular‚ unauthorised and fruitless and wasteful expenditure as well as fraud and misconduct will continue“.

“An environment that is weak on consequence management is prone to corruption and fraud‚ and the country cannot allow money intended to serve the people to be lost.”

Overall‚ he said‚ at a national level there was a slight improvement in outcomes‚ with the number of clean audits increasing to 30% of the total population.

While the overall audit outcomes showed a noticeable improvement‚ he said progress was hampered by factors such poor compliance with laws and regulations‚ especially in the areas of supply chain management‚ inappropriate monitoring of key project deliverables and an inability to manage the finances of departments and entities properly.

Provincially the Western Cape and Gauteng continued to produce the best results. He noted: “It is also clear that these results are being sustained from year to year‚ due to leadership emphasising a culture of accountability“.

Makwetu recognised improvements in the audit outcomes in both the Eastern Cape and Limpopo‚ attributing these positive trends to the leadership roles of provincial treasury and the premier‚ respectively.

In contrast‚ outcomes in Mpumalanga‚ the Northern Cape and KwaZulu-Natal were erratic over the past four years‚ caused by a lack of urgency at leadership in responding to the root causes of the audit outcomes in these provinces‚ the AG statement said.

In North West and the Free State‚ Makwetu singled out “lack of accountability and commitment towards clean administration” as factors that influenced the poor showing of these provinces.

The main reasons were the late or non-submission of financial statements and outstanding information‚ the AG report said.

“Nine of the outstanding audits were as a result of an attempt by public entities within the South Africa Airways (SAA) group and some in the transport and public enterprises portfolio to resolve their going concern status – the entity’s ability to continue their operations for at least another 12 months‚ without a need to liquidate assets or a risk of going out of business.”